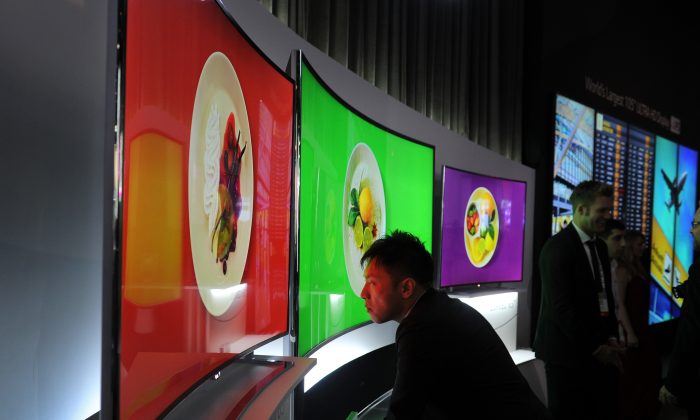 Back in December 2017, when the South Korean government granted approval to LG Display (LGD), a subsidiary of South Korean conglomerate LG Corp., to build a manufacturing plant in the southern Chinese city of Guangzhou to produce its high-tech TV panels, South Korean authorities urged LGD to establish measures to protect its technology from theft.

After all, the advanced technology, known as organic light-emitting diode (OLED), is considered valuable to the country’s economy and is typically restricted from export to protect domestic industry. LGD plans to invest 5 trillion won (about $4.5 billion) into the plant, according to a report by Business Korea, a South Korean magazine, seeing potential in the growing global demand for OLED television screens.

Those precautions proved prescient, as South Korean media recently reported that the Chinese regime has pressured LGD to transfer its OLED manufacturing technology as a condition for approving the factory’s construction.

Chinese authorities also pushed LGD to establish an OLED research and development center in China and procure more Chinese-produced parts and materials, according to a June 4 report by Hankyung News, a South Korean business publication.

To establish the factory, which is slated to begin production in 2019, LGD entered into a joint venture with the Guangzhou city government, with LDG to take a 70 percent stakes and the municipality to take a 30 percent stake. The joint venture is awaiting approval by China’s Ministry of Commerce, according to South Korean business news site The Bell.

The persistent phenomenon of forced technology transfer in China has been one of the core issues U.S. President Donald Trump’s administration has sought to tackle through trade sanctions on China. As in the case of LGD, foreign firms are often pressured to transfer their technology in exchange for market access.

The U.S. Trade Representative’s office’s (USTR) investigative report on China’s intellectual property theft practices, published in April, found that such forced technology transfers are often part of the Chinese regime’s strategy to steal technology beneficial to the development of its domestic high-tech industries.

The regime’s “Made in China 2025” industrial policy outlined how it seeks to catch up with foreign competitors and eventually supplant them via foreign acquisitions and technology transfers.

The USTR report found that for U.S. tech companies, the pressure to transfer technology was “particularly intense.” According to the US-China Business Council’s 2017 member survey, 19 percent of responding companies said that in the past year they had been directly asked to transfer technology. Of these, 33 percent said that the request came from a central government entity, while 25 percent said that it came from the local government.

The conditions were: increase the proportion of materials provided by South Korean suppliers to about 70 percent; establish countermeasures to prevent tech outflow, including by setting up a task force with government authorities and allowing them to inspect the Chinese factory every six months; and ensure that the latest OLED innovations are to be developed within South Korea only, according to Hankyung News.

When the deal was first approved, the news was seen as evidence of improving relations with China.

For months, the Chinese regime blocked South Korean companies from conducting business in China and encouraged its citizens to boycott South Korean products, after South Korea agreed to host an American anti-missile defense system on its soil to counter North Korea’s nuclear threats. China claimed the system could spy into its airspace and used economic measures to retaliate against South Korea.

Now, the South Korean government faces a predicament whereby one of its core technologies is at risk of being transferred to Chinese counterparts if they go through with the deal.