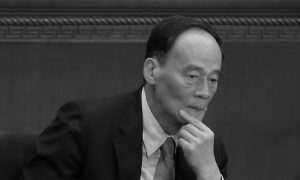 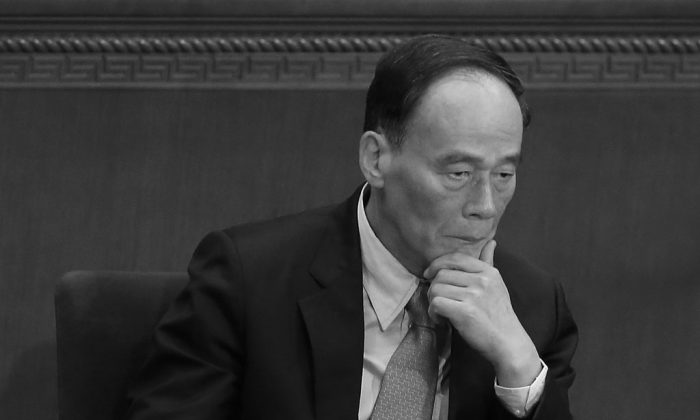 After two years of investigating or disciplining thousands of officials inside China, the Chinese regime’s anti-corruption authorities are casting their gaze overseas, and they are asking for America’s help.

The United States is a favored destination for corrupt Chinese officials to flee to: it has an excellent education system, a clean environment, a robust legal system, and plenty of places for millionaires to hide themselves.

Most recently, the Chinese Communist Party’s anti-corruption agency, called the Central Commission for Discipline Inspection, has submitted to U.S. authorities a “priority list” of 150 corrupt Chinese officials that they would like to apprehend, according to China Daily, the English-language mouthpiece for the Chinese regime.

Reports have also emerged, carried by the Financial Times, that the Party’s anti-corruption czar Wang Qishan will be making a trip to the United States in August—about a month before Xi Jinping himself is to come on a formal visit.

There are problems with China and the United States working together on an issue like this. For starters, the two countries have no extradition treaty (U.S.’s concerns over China’s human rights record, corruption, and rule of law are some of the reasons for that). This means that most of the cooperation on criminal matters between the two countries so far has been ad hoc.

Chinese authorities appear to want to formalize and regularize the process, though—given that billions of dollars are suspected of having been spirited out of China by corrupt officials, much of it landing in the United States.

“I think there’s a lot of scope for cooperation between the United States and China on this—there’s been a lot of reports in the American media about Chinese corruption,” said Cao Changqing, a current affairs commentator on Chinese affairs based in Florida. Cao referred to Canada’s extradition of the fugitive Lai Changxing, who ran a billion-dollar smuggling business involving the military in the 1990s, as an example of a “trend that is forming.”

“There is a huge amount of money that has left China, billions of dollars, or more—it’s really shocking. They want these assets back,” Cao said.

Countries that assist the Chinese authorities may also get a slice of the action. The China Compliance Digest, a publication focused on corruption and compliance in China, said in an article last November that Chinese officials have been considering sharing up to 80 percent of forfeited assets with other countries.

Canada has already reached an agreement with China to share the the proceeds of crime “seized from criminals” that resulted from joint investigations between Canadian and Chinese officials.

The campaign to chase officials overseas is being officially called Operation Fox Hunt in China. It was launched last year by the Communist Party to apprehend corrupt officials residing abroad, referred to euphemistically as “economic fugitives.” They frequently take their assets with them when they escape the country, contributing to China’s enormous capital flight.

The Australian Federal Police sent Commander Bruce Hill, the manager of its Asia operations, to Beijing to cooperate with Chinese authorities to retrieve the Australia-based loot of corrupt Chinese officials. The assets ran into “many hundreds of millions of dollars,” Hill told the Australia-based Fairfax Media.

Whether and how China will be able to get such close cooperation with the United States is unclear, and perhaps the impetus behind Wang Qishan’s trip.

In fact, human rights concerns and the integrity of China’s judicial system have been the central concerns of democratic countries in ratifying extradition agreements with China. Such a treaty in the United States would also have to pass Congress, which has long eyed communist authorities with suspicion, and has been regularly outspoken on rule of law and human rights issues there.

Highlighting the politicized nature of the proceedings is the simple fact of Wang Qishan’s official title: he is the chairman of the Central Commission for Discipline Inspection, an internal Communist Party agency with secret police powers that until recently did not even have a website.

“Wang Qishan has no administrative post. He is a Communist Party official. If he comes to America, his counterparty could only be someone in the Democratic Party, and there’s no equivalent agency,” said Cheng Xiaonong, an academic and political commentator, speaking on a Chinese-language talk show hosted by Voice of America.

“China is a one-party autocracy, and America is a country ruled by law—so there is a huge difference in the legal systems of the two countries,” Cheng said. “Wang won’t personally talk about an agreement—that would be something between China’s Foreign Ministry and the Department of Justice. But Wang is needed to open discussions.”

Yang Jianli, a pro-democracy dissident and writer, said on the same program that “Wang Qishan shouldn’t use his CCDI post as his title—he can simply be an ambassador designate for Chairman Xi. It’s a special role and mission.”

Yang remarked that “there are no two people in the Communist Party who are closer to one another than Xi Jinping and Wang Qishan. … It’s almost like when Kissinger visited China.”

The precise help that the United States is willing to provide China is not yet clear.

The most assistance seen so far involved the Department of Justice’s prosecution of a man and his ex-wife for the use of fraudulently obtained visas, and using laundered money to purchase property in the United States—in other words, they are being brought to justice in the United States, for violating United States law, which differs significantly from extradition proceedings.

The couple—Zhao Shilan, 51, and her ex-husband, Qiao Jianjun, 51—are accused of lying on their application for the EB-5 immigrant investor by pretending they were still married, and holding a stake in companies that they did not. Qiao, a grain storehouse director when in China, is accused of stealing about $500,000 and using it to purchase property in Newcastle, Washington state.

But Qiao, who is still on the loose, is a small fry compared to the officials suspected of stealing tens or hundreds of millions.

The Department of Justice, in its notice about the couple, concludes with: “Investigators … acknowledge the assistance provided by the Supreme People’s Procuratorate and Ministry of Public Security of the People’s Republic of China.”