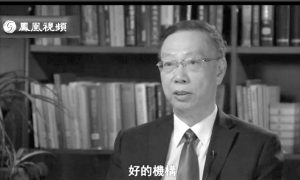 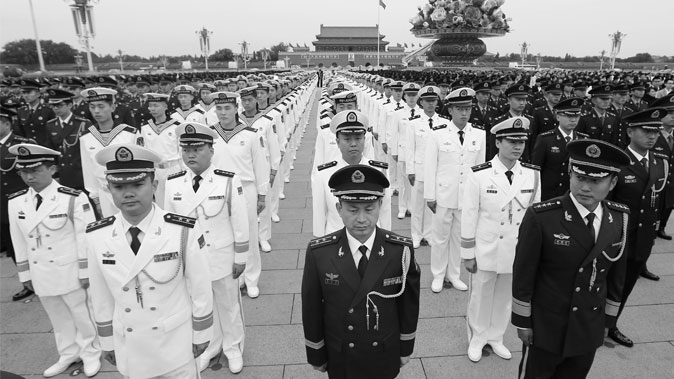 This is the 2nd part in a 4-part series: Murder, Money, and Spies: An Investigative Series on the Chinese Military’s For-Profit Ventures

The Chinese regime is looking for ways to rein in its military officers, who have for decades been tapping extracurricular sources for extra income. Chinese Communist Party leader Xi Jinping recently announced that military officials will need to live off their salaries, noting there shouldn’t be any “grey income.”

The new order from Xi may have China’s military officers shaking in their boots. Around the same time Xi made the announcement, 16 Chinese generals were placed under investigation, and it’s very likely a longstanding policy that has quietly supported corruption in China’s military is playing in the backs of their minds.

These areas of “grey income” could tie to some of the most serious human rights abuses taking place in China today. Recent evidence suggests the Chinese regime is buying the loyalty of military officers with black market industries and blood-stained money.

The military has a lot of leeway in the Chinese society, ‘entrepreneurial’ leeway.
— Ethan Gutmann, author and researcher into organ harvesting in China

“The military has a lot of leeway in the Chinese society, ‘entrepreneurial’ leeway,” said Ethan Gutman, author of the recently-released book The Slaughter: Mass Killings, Organ Harvesting, and China’s Secret Solution to Its Dissident Problem, in a phone interview. “They make money for themselves, but they also make money for the military.”

A major income stream for the military has been the forced harvesting of the organs of living Falun Gong practitioners for use in transplantation.

Falun Gong, also called Falun Dafa, is a spiritual practice rooted in ancient Chinese culture that includes meditation and a moral philosophy based on truthfulness, compassion, and tolerance.

The Chinese regime estimated in early 1999 that there were up to 100 million Chinese people practicing Falun Gong in China—a number greater than the membership of the Chinese Communist Party (CCP). These practitioners included members of the military, the security forces, and the CCP.

In April 1999 the then-head of the CCP, Jiang Zemin, circulated a letter to the Politburo. He warned of how many people were practicing Falun Dafa, claimed they were manipulated by foreign forces, and saw the traditional moral teachings of Falun Gong as a challenge to the CCP’s ideology. On July 20, 1999, Jiang launched a campaign to eradicate the practice of Falun Gong in China.

Just a year after the persecution began, the number of China’s organ transplants—known for using prisoners as their sources—began increasing dramatically.

Whenever an organ is harvested, all of the retail organs are taken, killing the victim.

Researchers believe that the organs are harvested while the victim is still alive, in order to have the freshest possible organ for transplantation. Whenever an organ is harvested, all of the retail organs are taken, killing the victim.

While other prisoners of conscience—including Uyghurs and Tibetans—are known to have been harvested, the predominant source for the increase is believed by researchers to have been Falun Gong practitioners.

At least 62,000 Falun Gong practitioners are believed to have been killed for their organs between 2000 and 2008, according to estimates from Gutman.

Large-scale organ harvesting has continued since 2008, with the number of victims continuing to grow.

Matas told CQ Global Researcher in July 2011 that organ harvesting brought US$ 1 billion a year to participating hospitals, which were mainly run by the military.