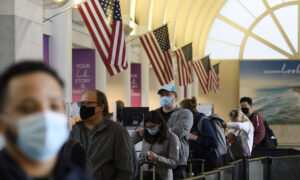 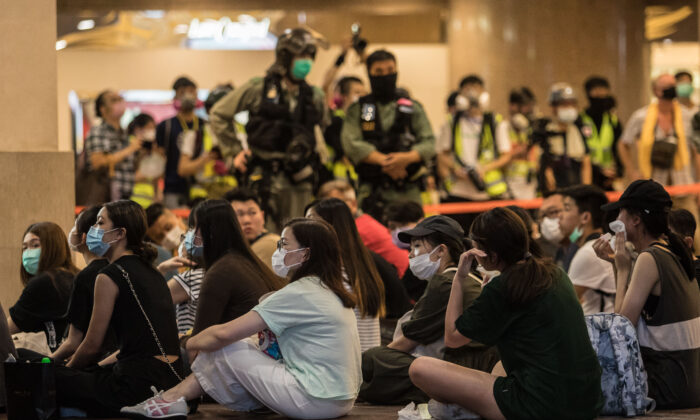 The Chinese regime has this past year broadened its repression of groups domestically while ramping up human rights violations around the world, a bipartisan U.S. congressional commission warned in its annual report.

The Congressional-Executive Commission on China (CECC) said in the report released on Jan. 14 that the “Chinese Communist Party has taken unprecedented steps to extend their repressive policies through censorship, intimidation, and the detention of people in China for exercising their fundamental human rights.”

It said that new evidence emerged last year that “crimes against humanity—and possibly genocide—are occurring” in the region of Xinjiang, where Beijing has subjected Uyghurs and other Muslim minorities to a vast campaign of repression including detention, forced labor, forced sterilization, and mass surveillance.

In Hong Kong, Beijing “dismantled” the “one country, two systems” framework that it had promised upon the city’s reversion to Chinese rule by imposing the controversial national security law in July 2020, the report said. The law, it said, was “clearly meant to target, intimidate, and silence Hong Kong’s robust civil society.”

The report called for a formal U.S. “determination on whether atrocities are being committed” in Xinjiang, and such a determination is required within 90 days of U.S. legislation passed on Dec. 27, 2020.

“The United States must continue to stand with the people of China in their struggle and lead the world in a united and coordinated response to the human rights abuses of the Chinese government,” he said.

The CECC also highlighted the regime’s expanding efforts to silence people in America critical of the CCP and pressuring U.S. companies to bow to Beijing’s demands.

From 2019 to 2020, Beijing retaliated against a range of American companies, including the NBA, Apple, Paramount Pictures, Blizzard Entertainment, Amnesty International, Coach, Calvin Klein, and McDonald’s, over the expression of views deemed unacceptable to the regime on issues ranging from Hong Kong to Tibet.

“Such retaliation is meant to encourage self-censorship and deference to Chinese government policy goals among important sectors of American society,” the CECC said.

In the United States, the regime surveilled and intimidated Chinese and Hong Kong international students, the report said, creating a “chilling effect on the willingness of students from these localities to exercise their freedom of expression while studying in the United States.” It also harassed members of the Uyghur community in the United States in an effort to silence advocacy efforts, it added.

To counter this, the Commission recommended that a website be set up for victims to confidentially report surveillance or harassment by CCP agents.