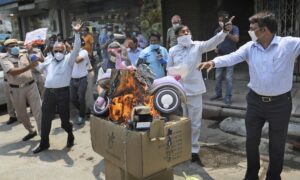 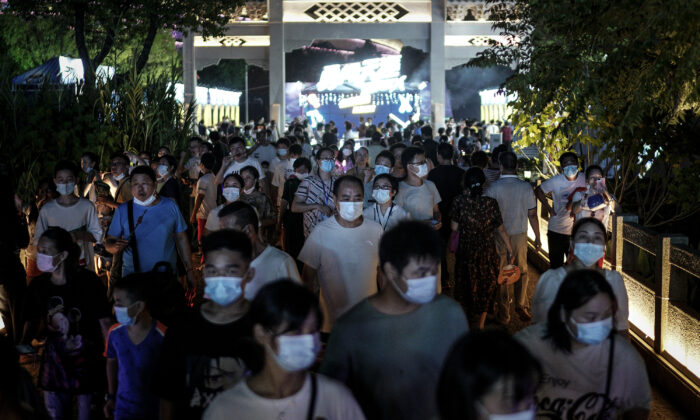 Leaked internal Chinese government documents obtained by The Epoch Times have revealed that a province in China’s south has outlined four scenarios of a potential CCP (Chinese Communist Party) virus outbreak this fall and winter.

The official internal documents were issued by the CCP’s Hainan provincial government on Aug. 27. Titled “Notice on Printing and Distributing the Emergency Plan for Hainan’s Response to COVID-19 Epidemic in Autumn and Winter,” the documents were marked “Not for release to the public.”

The government stated that, according to research and modeling, there could be a COVID-19 spike in Hainan this fall or winter. It also predicted that the outbreak would last for a long time.

The documents outlined four potential scenarios for the spread of COVID-19 on the island province.

Scenario 1 and Scenario 2 describe a relatively mild outbreak. In Scenario 3 and Scenario 4, the epidemic situation is more severe.

In Scenario 3, the province would see sporadic cases or cases of asymptomatic carriers in three or more counties and cities, or a local cluster of infections in a city or county. In either case, there would be community spread in some cities and counties that would carry a risk for province-wide transmission, the documents stated.

The Hainan authorities said there were four preconditions for Scenario 3: (1) the relaxation of port control measures; (2) large-scale community transmission in other provinces in the country; (3) local epidemics caused by items such as frozen foods or environmental pollution; (4) prevention and control of Scenario 2 is not achieved, and sporadic cases lead to clusters of infections. Chinese authorities have previously blamed local outbreaks on contaminated foods, despite experts saying contaminated food is not known to transmit the virus.

Scenario 4 is the occurrence of a large-scale epidemic across the province—that is, continuous community transmission in more cities and counties, spreading throughout the whole province.

Hainan authorities said that possible preconditions for Scenario 4 were: (1) Scenario 3 prevention and control have not been achieved, and the epidemic spreads rapidly to various places; (2) provincial borders are open without restriction or isolation of people who enter the province.

For example, under Scenario 3, authorities would rely on big data to monitor the movements of “key individuals,” and implement regional lockdowns.

In Scenario 4, authorities would set up a makeshift hospital to treat mildly ill patients. The measures also outlined propaganda and education efforts, and requested support from the central government’s State Council, depending on the progression of the epidemic.

In recent months, Epoch Times has obtained a large number of internal CCP documents showing that after the CCP virus broke out, local governments concealed information about the epidemic from the public. They also consistently underreported infection numbers.

Chinese authorities were concerned about human-to-human transmission of the CCP virus six days before they confirmed it publicly on Jan. 20, according to a memorandum of an internal CCP meeting obtained by the Associated Press. At the time, the CCP’s National Health Commission held a secret video conference with officials from provincial health commissions. The head of the Commission Ma Xiaowei said that COVID-19 was “the most severe challenge since SARS in 2003, and is likely to develop into a major public health event.”

The Epoch Times also obtained a series of internal Chinese government documents on biosafety guidelines for research labs that revealed Beijing issued guidelines on how to study the CCP virus and knew of its potential to spread among humans at least weeks before disclosing such risks with the public.

Xu Meng’er contributed to this report.