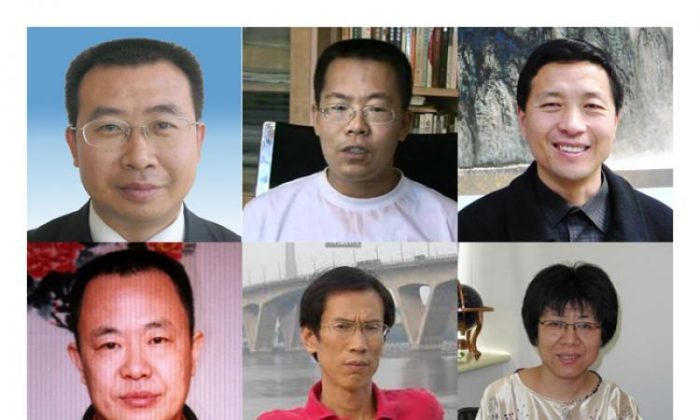 Last year was the most repressive in over a decade for rights defenders in China, according to a recent report.

“It has been a year of harsh crackdowns for human rights defenders, characterized by lengthy prison sentences, extensive use of extralegal detention, and enforced disappearance and torture,” the report by the Hong Kong-based Chinese Human Rights Defenders (CHRD) said.

Partly precipitating the intensive crackdowns by authorities was the Arab Spring movement across North Africa and the Middle East that took place throughout the year. But 2011 was part of a general decline in rights in China that has been taking place for over a decade, CHRD said.

The “rights defense” (or “weiquan”) movement began around the year 2000, with lawyers, legal experts, activists, and intellectuals using the Chinese judicial system and other measures to protect individuals’ civil rights.

Chinese Communist Party (CCP) security forces may have tried to send a strong signal to these people last year, the report indicates, perhaps as part of an attempt to stamp out the movement and staunch the flow of the ideals that animate it.

And the methods for doing so are often illegal and extralegal, CHRD says. The extensive use of black jails—secret detention facilities that, officially, are not supposed to exist—was among the most “alarming” developments in 2011, the organization said.

A series of other tightening pressures were also applied, online and in society. The increasingly vocal chorus of web users is being forced to participate in “real name registration system,” which requires they associate their official national identification card with their online microblog accounts.

CHRD documented 3,833 instances of arbitrary detention associated with the crackdown on rights defenders last year; 159 incidences of torture were reported from those cases. Most of the time those people were held in extralegal detention centers, or ad-hoc residences commandeered by Chinese security forces, who often speak boastfully about their right to do whatever they like with the individuals they bring into custody—regardless of whatever laws should govern such interactions.

When Teng Biao, a professor of law at China University of Politics and Law and some-time civil rights activist, was taken into custody in late 2010, he demanded to see some documentation about why he was being held. The officer shot back: “Don’t you know what place you are in? This is China!”

During that session, part interrogation, part violent beating, Teng was told that the plainclothes officers holding him could easily “beat him to death and dig a hole to bury him.”

A variation on that phrase–“We can dig a pit and bury you alive”–told to dissident author Yu Jie, later became an Internet meme, and was made the title of present Chinese Human Rights Defenders 2011 annual report.