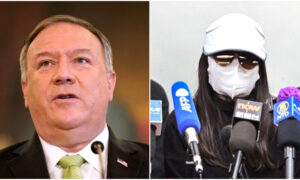 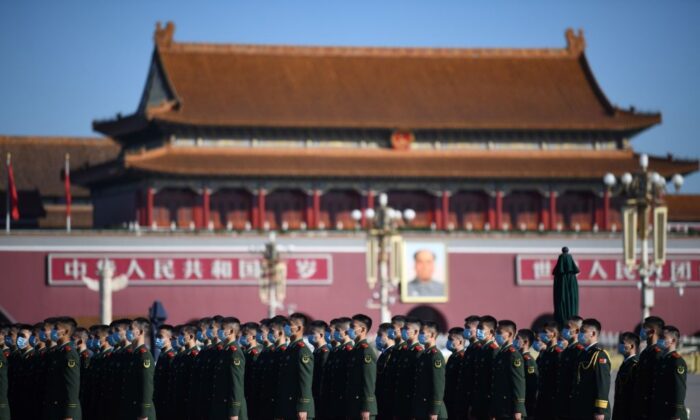 China’s Ministry of Commerce issued new rules on Jan. 9 in a bid to push back on sanctions and restrictions imposed by foreign governments against Chinese companies and individuals.

An order on “unjustified” foreign legislation published on the Ministry’s website instructs Chinese entities to report within 30 days if they are affected by foreign laws that “improperly prohibit or restrict” Chinese citizens, companies, and organizations from conducting “normal economic, trade, and related activities with a third state or its citizens.”

The Ministry will then determine whether the legislation affects China’s “national sovereignty, security, and development interests.” If the foreign law is judged to be “unjustified,” China’s State Council can issue an injunction against “recognition, enforcement, and compliance” with the foreign laws.

In addition, Chinese individuals and entities that suffer “significant losses” for noncompliance with foreign laws are entitled to receive “necessary support” from Chinese authorities, according to the order.

The order also states that Beijing may “take necessary counter-measures” in response to such foreign laws.

Chinese individuals or entities that either fail to “truthfully report” how they face foreign restrictions in doing business or comply with foreign laws despite the injunction could be fined, according to the new rules.

While the order didn’t identify any specific foreign country, Chinese state media were quick to point to the United States.

On Jan. 9, China’s hawkish state-run media Global Times said in an article that the new order is Beijing’s “legal self-defense against notably the U.S. bullying of China.” It added that U.S. sanctions on Chinese officials over the erosion of freedoms in Hong Kong and placing Chinese companies on a trade blacklist were President Donald Trump’s “bullying acts.”

On Jan. 10, the Commerce Ministry published the transcript of a media Q&A session involving an unidentified official. That official said the new rules were introduced in response to an unnamed “country,” that promoted “unitarianism” and “prohibited economic exchanges between [Chinese] citizens with relevant countries.”

The Chinese regime has frequently accused the Trump administration of “unitarianism,” especially during the 2018–2019 trade war.

“The new rules in China are evidence that stricter U.S. export policies are effective at limiting the ability of the Chinese military from acquiring advanced U.S. technology,” stated the Bureau of Industry and Security of the U.S. Department of Commerce, in a statement to The Epoch Times.

In August last year, the Trump administration blacklisted 11 Hong Kong and Chinese officials, among them Hong Kong leader Carrie Lam, for their roles in implementing Beijing’s draconian national security law, which punishes vaguely defined crimes such as subversion and secession with a maximum penalty of life imprisonment.

Four months later, 14 more officials within China’s rubber-stamp legislature who were involved in implementing the law were also targeted with U.S. sanctions.

Last week, Secretary of State Mike Pompeo warned that the U.S. might impose more sanctions on individuals and entities responsible for the recent arrests of 53 Hong Kong activists, former lawmakers, and politicians.

They were arrested for their involvement in a primary vote in July last year to determine which pro-democracy candidates would run in Legislative Council (LegCo) elections. That vote is now said to constitute “subverting state power” under the national security law.

In November last year, Trump issued an order (pdf) banning U.S. investments in Chinese companies designated by the Pentagon as having ties to the Chinese military, citing threats to the U.S. national security.

Chen said because the Chinese rules won’t have jurisdiction in the United States, their effect will be limited. But Beijing may resort to its usual tactics of sanctioning U.S. officials or denying visas to Americans as retaliation.

This article has been updated with a statement from the U.S. Department of Commerce.