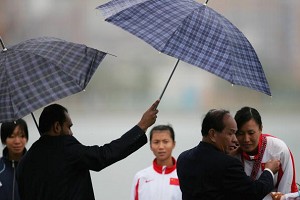 The new regulation stipulates that foreign individuals and organizations are prohibited from carrying out meteorological observations and establishing observatories in mainland China without permission. This regulation also applies to CCP state agency personnel. Those who violate the regulation will be charged with spying and leaking national secrets.

These new measures for restricting meteorological information will be incorporated into the state secrets protection laws and will restrict access to general weather information.

According to one report from the regime's state-run Legal Net, from 2000 to 2006, 80 percent of foreign organizations that carried out meteorological observations, did so without permission.

With the new regulation in effect, these organizations stand to be accused of violating national security. This regulation will have a major impact on national defense policies.

Currently, in China the use of electronic geographic information at a detailed scale of 1:50,000 or higher and Global Positioning System (GPS) measurements are seen as potential ways that state secrets could be jeopardized, and their use is highly restricted.