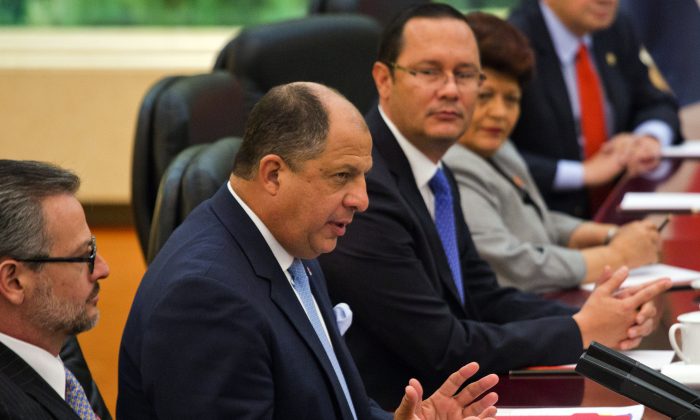 The Chinese regime is tightening its grip around Latin America. Chinese Communist Party leader Xi Jinping promised over 10 years a $250 billion of investment in Latin America and increased annual bilateral trade of $500 billion.

The new deals came out of a meeting in Beijing where members of the Community of Latin American and Caribbean States (CELAC) are meeting. CELAC is a 33-country bloc of countries on the American continents that excludes the United States and Canada.

The recent opening of U.S. trade with Cuba may be a sign that Washington is privy of China’s interests in CELAC. The Council on Foreign Relations reported in July 2013 that for five years, President Barack Obama “has ignored Latin America’s unanimous disapproval of Washington’s position on Cuba.”

Given that Cuban President Raúl Castro assumed presidency of CELAC in January 2013, finding an opening into CELAC would require the United States to reach out to Cuba.

The report notes that the Obama administration’s policy toward Latin America is “focused on energy, jobs, social inclusion, and deepening integration in the Americas.”

In Latin America, however, where many of the most powerful countries are ruled by far-left or communist regimes, U.S. policy on Cuba has become symbolic of whether the United States is willing to work with the region without its leaders needing to change their policies.

“Virtually all countries in the region have refused to attend another Summit of the Americas meeting if Cuba is not at the table,” states the report.

At the recent meeting in Beijing, there were some indirect mentions of this concept.

The Chinese regime is packaging its deals as being free from foreign policy—a nice way of saying “if you want our money, we won’t make you change your ways.” The New York Times reported the concept will “likely to appeal to many in the grouping who resent what they see as unfair dominance by the United States.”

“Obviously, China has the intention to compete with the United States for a greater sphere of influence in the region,” Deng Yuwen, a Beijing-based political analyst, told Reuters. “But whether this strategy will weaken U.S. influence now is hard to judge.”

Among the countries that will get immediate benefits from China are Venezuela and Ecuador, which are two of the loudest critics of the United States in Latin America.

According to Fortune Magazine, Venezuela received a $20 billion investment from the state-owned Bank of China and China Development Bank. Ecuador agreed to a $5.3 billion credit line with China’s Export-Import Bank, as well as $2.2 billion in funding.

While the deals are being branded as having no strings attached, however, many leaders and analysts in Latin America say the investments will unequally benefit the Chinese regime.

The way China’s investment works—at least in Argentina—is that the government gets quick cash through Chinese financing, but in return they give contracts that let Chinese firms import their own workers.

Fact Check Argentina compared China’s investment in Latin America to its similar investment in Africa. It reported, “Critics say that Beijing is only interested in Africa as a potential wellspring of mineral resources, and that its projects there often benefit governments more than local people.”