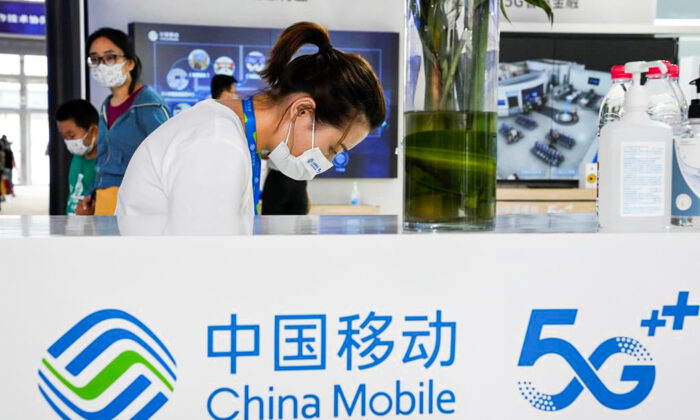 China’s state-run major mobile service providers have recently disabled the ability of users to receive calls and texts from foreign countries in the name of a crackdown on telecom fraud. Experts point out the move is a violation of citizens’ privacy and human rights. They also believe it’s just another way the regime further limits people from receiving information from the outside world.

China Mobile in Zhejiang Province recently notified users that it would soon shut down the function to receive phone calls from abroad including Hong Kong, Macao, and Taiwan. To keep the function, users need to register before May 20. According to mainland media Blue Whale Finance, the person in charge of China Mobile Zhejiang confirmed the new rule.

According to a report by mainland Chinese media Hexun News on May 16, shutting down the function of receiving international calls and texts in those provinces is just a pilot project, and will be expanded to the whole country in the future.

The mobile service providers claimed they were shutting down the functions due to requirements by the authorities to prevent overseas telecom fraud and protect the safety of people’s property.

However, Chinese citizens are not convinced. They questioned the new control measure on Chinese social media. One post read, “It is equivalent to cutting off the country from the outside world.”

Another questioned, “Doesn’t it also make it impossible to receive calls from relatives overseas? It’s rights infringement!” Another said, “They shouldn’t turn off the function of receiving international calls and text messages without the user’s permission. And it should not be expanded nationwide. If it has already been turned off, the service providers should restore the function for users.”

This move by the authorities followed the regime’s recent restrictions on Chinese citizens’ going abroad and investment emigration.

Experts point out that the new rule is illegal and further cuts off the connection between Chinese people and the rest of the world.

A Beijing doctor of law, surnamed Zhang, told The Epoch Times on May 16 that the authorities ordering a unilateral shutdown of the international calling function of mobile phones is illegal because citizens have signed contracts with the three major service providers China Mobile, China Telecom, and China Unicom that include the function of receiving international calls for so many years.

He said, “If users want to keep the function they need to register with detailed personal information, which is invading the private life of citizens and is unacceptable according to the rule of law in the modern age.”

He added, “This is typical of all the communist regimes, starting with the former Soviet Union, that have a high degree of centralized power, a high degree of authoritarianism, and pervasive invasion of the private life of citizens.”

Current affairs commentator Yue Shan told the Epoch Times that the Chinese regime shutting down the international call and text function in the name of a crackdown on overseas telecom fraud is the same as restricting citizens from going abroad in the name of COVID-19 pandemic prevention. It is just tightening its control of people. It’s the Chinese regime’s way of maintaining political stability before its 20th National Congress in the fall.

“It is a form of locking down the country. While the CCP maintains the stability of the regime, it is also harming the Chinese people.”