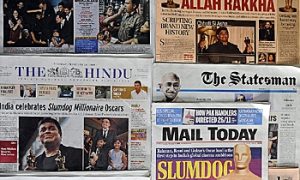 By Epoch Times Staff
Print
The word “Egypt” suddenly became a sensitive word on the Internet in China Friday. The word was blocked on all the main search engines in China, including the popular micro-blogging site, Sina.

Some reports say the ban was lifted sometime Saturday. But an AP report said searchers on Sina typing in “Egypt” on Friday were greeted with a message saying, “According to relevant laws, regulations and policies, the search results are not shown.”

Encouraged by Tunisia, where massive protests pushed President Zine al-Abidine Ben Ali to flee to Saudi Arabia, more than 80,000 Egyptians took to the streets Friday, demanding President Hosni Mubarak step down. But in mainland China, the news about Egypt was consistently blocked and all media had to use a Xinhua news release.

Free More News (FMN), a Chinese non-governmental online news site, published an article through its micro-blogging service, claiming that a joint ban was issued by the State Council Information Office and No. 11 Departments of the Ministry of Public Security.

According to the FMN report, the ban said, “For the riot in Egypt, all media have to use Xinhua press release. It is prohibited to translate foreign media reports. Web sites must intensify management of web postings, forums, blogs, and especially the interactive section of twitters. For those that cannot be managed well, we will close them.”

The No. 11 Department of the Ministry of Public Security is in charge of Public Information Network Security Supervision.

Staff at Radio France Internationale (RFI) tried to verify the source of this information via Free More News. RFI was told that the information came from people in the media industry. The “validity is guaranteed,” but the name of the source could not be told, due to safety issues.

The Chinese regime’s CCTV did broadcast the news of anti-government protest in Egypt during the afternoon of Jan. 29, but other mainland media all tried to downplay the news or buried the news piece in hard to find locations on their sites.