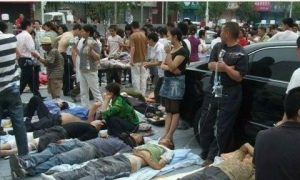 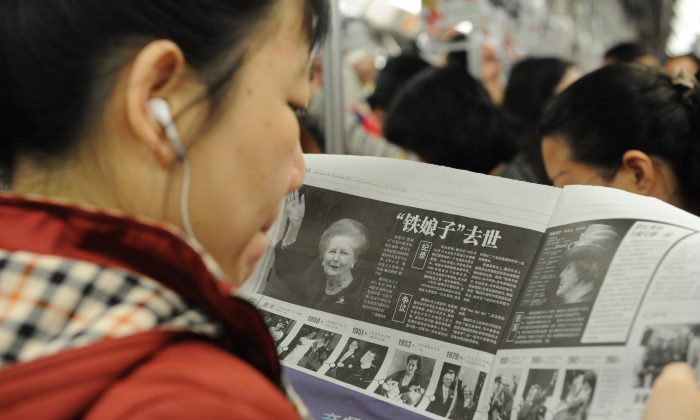 Beijing has tightened its grip on mainland media with a new directive that forbids the use of information from overseas news outlets “without permission.”

The General Administration of Press, Publication, Radio, Film and Television, the office charged with regulating the media, announced the move Wednesday. The office claimed it wanted to “strengthen management” and stop the “spread of harmful information.” The prohibition also applies to freelancers, NGOs, and commercial organizations.

The move coincided with the news that The New York Times had just won a Pulitzer Prize for its October 2012 report on the hidden wealth of ex-premier Wen Jiabao and family.

Press freedom group Reporters Without Borders (RWB) condemned the ruling as “draconian,” saying that the Communist Party’s censorship has been increasing steadily since its 18th Congress last November, when the new leadership was selected.

“The censors have had the foreign media in their sights ever since they published embarrassing revelations about China’s leaders,” the report said. “The regime is trying to prevent the Chinese media from repeating such revelations.”

The report added that foreign media play a key role in informing the international community about events in China, as well as the Chinese public, which it described as “the victim of the government’s growing censorship of local media.”

However, burgeoning Internet use in China, for example via Sina Weibo microblogs, renders censorship virtually impossible.

“The initiative seems bound to fail in the era of Weibo and social networks, where information and revelations from the foreign media circulate like wildfire,” the RWB report said. “But it could be used to justify new acts of censorship and could therefore have an impact on the Chinese media, which often quote international news agency reports in particular.”

Beijing journalist Gao Yu, two-time Courage in Journalism Award winner, and former deputy editor-in-chief for Economics Weekly, told the Sound of Hope Radio Network that the Internet has broken the Party’s censorship restrictions, and the move is further evidence of a crisis in officialdom.

“[News about] communist officials’ scandals, natural and mining disasters can be spread around the world in a few minutes or seconds,” Gao said.

The ban could have a big impact on domestic newspapers, as international agencies like Reuters provide most of their foreign coverage.

Bloggers responded strongly, particularly journalists. A Beijing journalist cited by citizen media website Global Voices said on his Weibo: “Public opinion supervision is essential for a healthy society. The scale of criticism is the scale of democracy–if criticism is not free, then praise is meaningless. The correct conclusion is from a wide range of voices, rather than what is chosen by the authority.”

Another Weibo user added: “What is harmful information? I think there’s only true and false information. The purpose of the news is to broadcast the truth, which is the basic need of a society. Most of the harmful information as defined by the propaganda department throughout the history of the Chinese republic proved to be accurate. Blocking information and opinions may be effective temporarily, but such a policy of self-denial won’t work in the long run.”

A third referred to a Chinese idiom, saying “The more one tries to hide, the more one is exposed.”