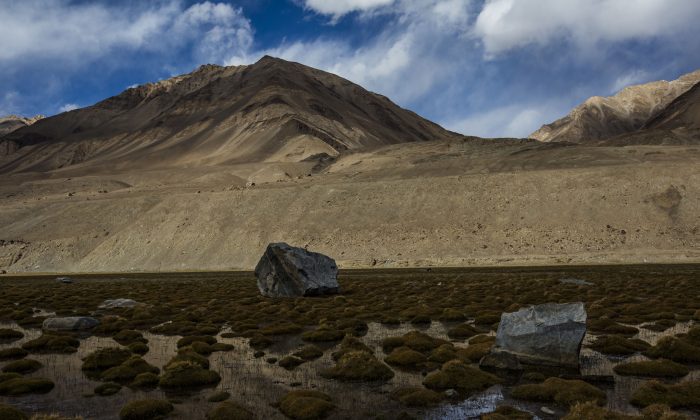 A file photo taken on the road leading to the Pangong Lake near Leh, India, with the Himalayan mountain range to the south on Oct. 5, 2012. (Daniel Berehulak/Getty Images)
China

According to a report by Indian broadcaster, IBNlive, on June 17, troops of the People’s Republic of China’s People’s Liberation Army entered the Chumar sector in the Ladakh region of far northeastern India and vandalized bunkers and disconnected the wires of cameras which over-look the Chinese territory.

“We have dealt with the situation earlier and we will handle it again diplomatically. War is not a solution to the incursion,” said Minister of State for Home RPN Singh, according to IBNlive.

In April, the Chinese soldiers had intruded into the same region and set up structures, leading to 21 days of stand-off between the two countries.

According to IBNlive, Chumar is the only region along the disputed border where Chinese troops do not have any direct access to the Line of Actual Control (LAC).

The April stand-off was reportedly instigated by the construction of an observation tower in the Chumar sector that the Indian army had to subsequently dismantle before the crisis was resolved. After this, the Indian army installed cameras to monitor the movement of Chinese troops along the LAC.

The IBNlive report mentions that in 2012, the PRC military had dropped some soldiers into this region who dismantled makeshift storage tents belonging to the Indian Army and Indo-Tibetan Border Police.