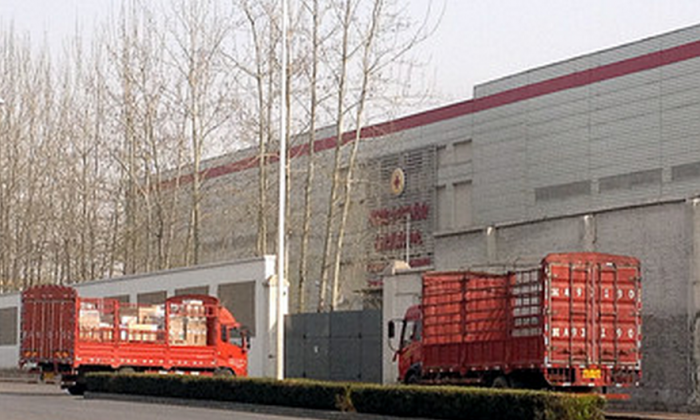 The Chinese Red Cross (CRC) is often mocked by the Chinese people as the “Black Cross,” because of the scandals associated with it. A recent arrest offered the CRC an opportunity to improve its image, but a news report has once more blackened the organization’s reputation, while identifying two Communist Party officials who made out like bandits in dealings with the CRC.

Three years ago the CRC’s reputation was greatly damaged, apparently unfairly, when a 20-year-old Internet personality named Guo Meimei identified herself as a “commercial manager” for CRC, posted photos showing off her wealth, and hinted she had embezzled the wealth from donations. Guo’s allegations found a receptive Chinese public, because of other scandals involving the organization.

After Guo was arrested for illegally running a casino, she confessed on Aug. 4 on Chinese Central television of having made up her ties with the CRC to gain fame, along with having worked as a high-priced prostitute.

The CRC seized the opportunity, releasing a public statement seeking to prove it was innocent of any association with Guo.

CRC’s window of opportunity for rebranding itself didn’t last long. A detailed investigative report published on Aug. 19 on the Chinese Internet Portal Tencent Finance has put the CRC in the position of once again having to play damage control.

According to Tencent, the CRC has been renting out China’s largest disaster preparedness warehouse for 900,000 yuan (US$146,306) a year since 2012. The warehouse, which covers an area equal in size to 12 football fields, was built in Beijing’s Shunyi District in October 2010 with 117 million yuan (US$19 million) in state funds.

After a four-month investigation, Tencent discovered two contracts signed by CRC with a Beijing purse company on Sept. 1, 2012.

One is a two year “Strategic Cooperation Agreement” that says the CRC offers the warehouse to the purse company in exchange for logistics and resources. One clause of the contract states that “no fees are charged.”

The other contract signed on the same day is a “Donation Agreement” in which the purse company promises to donate 900,000 yuan a year to CRC for the next two years.

Tencent found out that the purse company then subleased the CRC warehouse to several other logistics companies, including the German logistics company DHL Express, at higher prices.

An inside source told Tencent that the purse company has rented out the warehouse for 3.6 million yuan ($585,223) a year, four times the price it pays the CRC, because the location of the warehouse is close to the airport and its quality is good.

According to Tencent, the purse company is suspected of being a front. It was established in March 2012 with capital of 1 million yuan funded by Wei Zhonghua and Kan Qian. The two addresses provided in the incorporation document are fake.

Kan Qian and Wei Zhonghua are, respectively, the deputy director and director of the Red Culture fund management department of the China Foundation for the Development of Social Culture, which is under the propaganda agency of the Chinese Communist Party.

CRC vice president Zhao Baige, who signed the “Donation Contract,” told Tencent in a phone interview: “The state hasn’t given enough support to the CRC… the disaster preparedness and response center has a lot of employees… if we don’t do that, we can’t even pay them salaries.”

She added, “Such a big warehouse is here, but there’s no reserve of national emergency preparedness and relief materials… isn’t it a waste?” Zhao indicated that many of the disaster preparedness warehouses in China face the same issue and rent out the warehouses.

The report says the disaster preparedness warehouse in Beijing has become a logistics center. Large trucks loaded with cargo were going in and out of the warehouse non-stop when a Tencent reporter visited it on April 1.

Several workers of a logistic company said the warehouse mostly holds computers, printers, and other electronic products. Common disaster relief supplies, such as quilts, blankets, and tents, have never been seen.

“People [here] all know that it’s just posing as a disaster preparedness warehouse… but in fact is just like a logistics Center,” an anonymous local resident told a Tencent reporter.

“I feel that the state invested the money in vain,” another resident told Tencent.

After Tencent published its report, it spread widely on the Chinese Internet, raising an uproar. Later on the same day, though, the original report and republications of it by other Chinese media were taken down from websites. The website of the China Red Culture Foundation is offline.