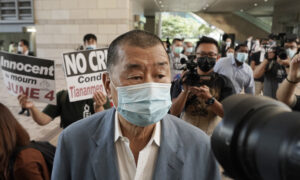 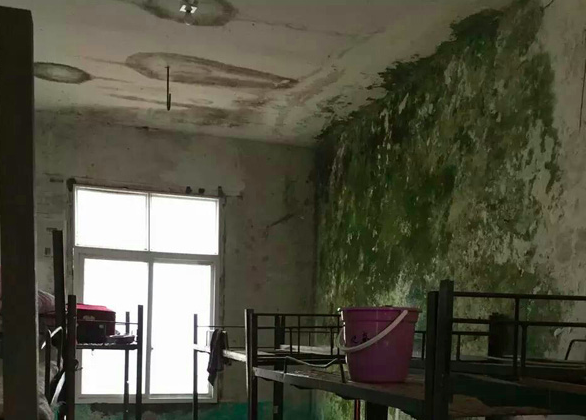 While taking his niece to the Qidong No. 2 Middle School in Hunan Province, Mr. Peng became concerned when he saw veritable carpets of green moss covering the walls of the students’ damp living quarters.

“There’s no way people can live here,” Peng said in an interview with Shanghai-based Peng Pai. The dorms are intended for 13- and 14-year-olds.

Peng suspects corruption. “Who ate the allocated funds from the authorities?”

The school director, surnamed Zhou, later claimed that the students living in the mossy dorms have been transferred to cleaner rooms. He says that new dormitories are being built.

The moss seems to be the result of heavy rainfall and humidity.

An internet user who claimed to have graduated from the school three years ago told Peng Pai that the dorms were just as mossy then as they are now. The walls are dilapidated and much of the surfaces have peeled off.

Zhou said that the dorm building with the moss has been in use for ten years. Students will be able to transfer to a new building this summer.

Chinese School Contract Dictates When a Female Teacher Can Get Pregnant