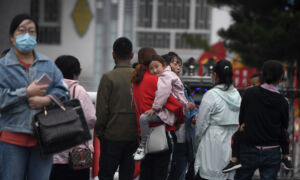 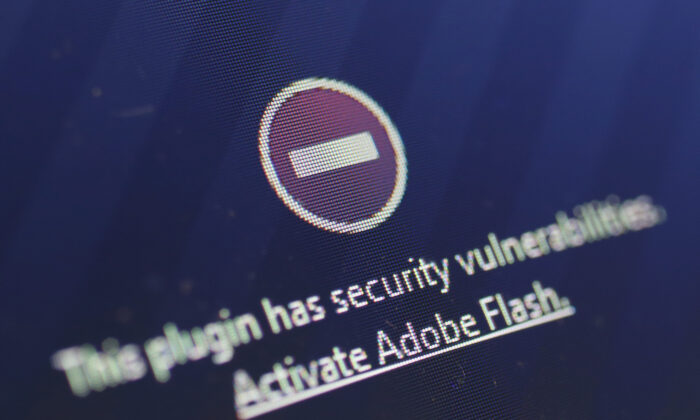 A window on an internet browser shows that it blocked the Adobe Flash plugin from activating due to a security issue, in Berlin, Germany, on July 14, 2015. (Sean Gallup/Getty Images)
China Society

The depot’s IT workers chronicled their attempt to fix the technical issue on Chinese social media, written in a war diary style.

The post went viral after tech-savvy netizens noticed that the IT workers solved the glitch by installing an older version of Flash from a pirated operating system.

Netizens were also amused that the railway seemingly did not realize that Adobe would stop supporting Flash.

The company announced in 2017 that it would stop supporting the program by the end of 2020, due to Flash being prone to hacking and malware attacks. The company recommended that users uninstall Flash Player before the end of 2020, and said it would suspend service completely on Jan. 12, 2021.

The Dalian city railway depot published a minute-by-minute account of how it sought to resolve the technical glitch over the span of 20 hours. It was posted onto popular social media platform WeChat on Jan. 12.

The post was written in a style similar to Chinese Communist Party propaganda, describing the IT staff’s attempts to troubleshoot as “dare to tackle, dare to innovate, dare to lead.”

The Dalian railway depot wrote that the staff attempted to restore an older version of Flash from a backup “Ghost system,” which means a pirated system.

“The [Adobe] suspension announcement was made a few years ago, but [Dalian railway] didn’t prepare for it, and now celebrates [its failure],” one wrote.

“Dare to innovate refers to using a downgraded Ghost operating system,” another chimed in.

“If this happened at an ordinary internet company, the whole team would be fired. But it became a great achievement when it happened at a state-owned company… too surreal,” another commented.