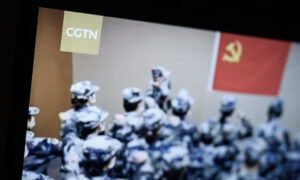 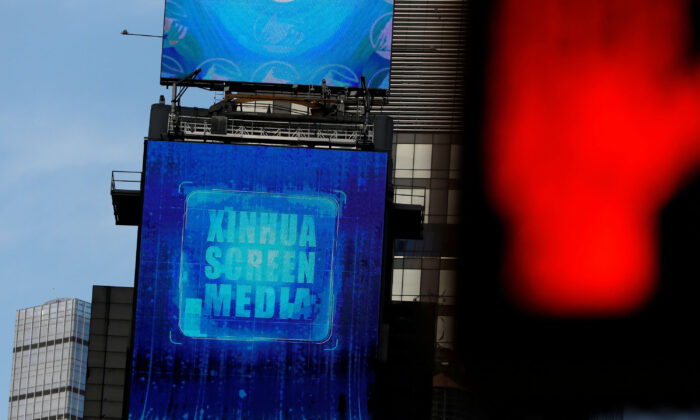 Part 1 of 3: The CCP co-opts American mainstream media in its global propaganda campaign

To win over the hearts and minds abroad and at home, the Chinese Communist Party (CCP) uses a variety of tools such as state media, complicit foreign media, self-criticism in the United States, and self-censorship in foreign countries.

Through these powerful tools, fueled by social media, the CCP is able to take advantage of real or imagined shortcomings of Western powers, particularly the United States, to convince Americans and Chinese citizens alike, that Western democracy is failing and that the Chinese system is superior.

The goal of CCP propaganda is to trumpet the benefits of the Chinese system, as well as the notion that living under the protection of the CCP is best. Chinese citizens need not yearn for Western freedoms or democracy, as they already enjoy a better life than the rest of the world. Left-leaning Westerners are led to believe that the West should learn from China, adopting its system of socialism with Chinese characteristics, providing an improved and more egalitarian life for all of its citizens.

The CCP maintains several news media abroad, to act as government mouthpieces, spouting Party propaganda and influencing Westerners, as well as overseas Chinese. Some of these include China Global Television Network (CGTN), Xinhua, Global Times, and Sing Tao Daily. Then-U.S. Secretary of State Mike Pompeo warned that these media were owned and effectively controlled by the CCP, and were part of a (CCP) propaganda effort.

Chinese state media abroad generally exploit the failures of democratic countries, while promoting a positive image of the CCP. This Xinhua article, “Chinese democracy puts Western illusion in [the] dust,” explains how “Chinese democracy” is superior to Western democracy. This is ironic for an effective one-party state, with little or no media freedom, where citizens do not vote for their country’s leader.

Another Xinhua article, “Heavy-handed crackdown on protests lays bare U.S. double standard on human rights,” takes on the police reaction to the George Floyd riots. Meanwhile, pro-democracy demonstrators in Hong Kong were being arrested in the middle of the night and pro-democracy legislators were being ejected from parliament. At the same time, in Xinjiang, Uyghurs were being subjected to the most inhumane treatment, including forced labor, torture, forced conversion, and organ harvesting.

A Global Times headline ran, “China urges terrorist crackdown by Taliban, as Kabul deadly blasts exemplify US failure.” The Global Times is quick to say that the United States failed in Afghanistan, while avoiding any mention of the fact that the CCP has already held high-level talks with the murderous Taliban and that it financially supports numerous terrorist organizations, including the United Wa State Army (UWSA) in Burma (also known as Myanmar) and the Naga Separatists in India.

Headlines in Xinhua stated, “Chinese investment brings Africa hope, not trap” and “China lauded for championing global efforts in helping Africa.” The implication here was that, not only was Chinese economic engagement with Africa beneficial to Africa, with no downside, but the rest of the world recognized and commended China’s “generosity.” International observers, however, have called the Belt and Road Initiative (BRI, also called One Belt One Road) a debt trap, which causes countries to lose some of their autonomy and control of their infrastructure, while increasing their indebtedness. Sri Lanka, for example, lost control of their airport and their largest seaport. As a result of BRI lending, the Congo, as of 2019, owes China 38.92 percent of GDP, Djibouti  34.64 percent, and Angola 18.95 percent.

Similarly, this Global Times story, “Quarantined Italians praise Chinese government’s COVID-19 fight,” illustrates the gratitude of the Italian people to the CCP for saving their country amid a pandemic, which started in China. The CCP locked down its own people, suspended civil and human rights, crashed its economy, and drove up unemployment. Additionally, many observers believe that the most likely origin of the pandemic was the Wuhan lab. Consequently, this is one more example of the CCP creating a problem—abusing its own citizens and then taking credit on the world stage for being a “savior.” Meanwhile, Italians were angry that Beijing had published “Grazie China” videos and social media posts, which allegedly thanked China for their help during the pandemic. Italian researchers determined that a number of the accounts, posing as Italian citizens expressing gratitude, were actually Beijing bots—carried out by the 50 Cent Army or “wumao” (Chinese citizens paid to post CCP-dictated content).

Sing Tao Daily, based in Hong Kong, is a pro-Beijing media that targets overseas Chinese. This headline is typical: “Attending the return ceremony of the slain soldier, looking down at his watch, Biden was shamelessly criticized by conservatives”—Sing Tao looks for any misstep of the U.S. government and exploits it. Criticism of Chinese leader Xi Jinping would be unthinkable in China, therefore, CCP media interpret criticism of the American president, by Americans, as evidence that the country is on the verge of collapse.

Other stories in Sing Tao take the opportunity to espouse CCP sentiments such as this story about a meeting between State Councilor Yang Jiechi and U.S. Secretary of State Antony Blinken: “Biden’s War Letter to Xi Jinping.” According to the story, Yang told Blinken, “I don’t think most countries in the world recognize the universal values advocated by the U.S., or agree that U.S. opinions can represent international public opinion.” The CCP’s goal is to displace the United States as the world leader. Part of achieving this goal is promoting the notion that the world would prefer to be led by China than by the United States.

In 2019, China Global Television Network (CGTN), which runs stories such as “America Failed Its Democracy,” was deemed a foreign agent by the U.S. Department of Justice.

In October 2020, the Trump administration designated six more Chinese media as foreign missions, including Yicai Global, Jiefang Daily, the Xinmin Evening News, Social Sciences in China Press, the Beijing Review, and the Economic Daily, bringing the total to 15 Chinese media that were forced to register. As foreign missions, these entities are required to disclose to the U.S. State Department their lists of staff, as well as property holdings. Unlike censorship of foreign media in China, the United States did not and does not restrict what these and other foreign media may publish. The U.S. position is that readers are free to read what they wish, but that they have the right to know that these media are part of a CCP propaganda effort, rather than independent or unbiased news outlets.

In 2021, the Department of Justice added Sing Tao Daily to the list of Chinese media that had to register as foreign agents. Sing Tao claims to be a privately-owned company, but both the current and former owners of Sing Tao Daily were members of the Chinese People’s Political Consultative Conference, a high-level advisory body composed of people loyal to and with close ties to the CCP.