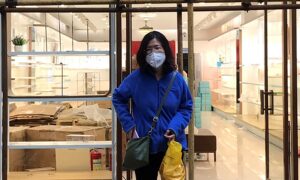 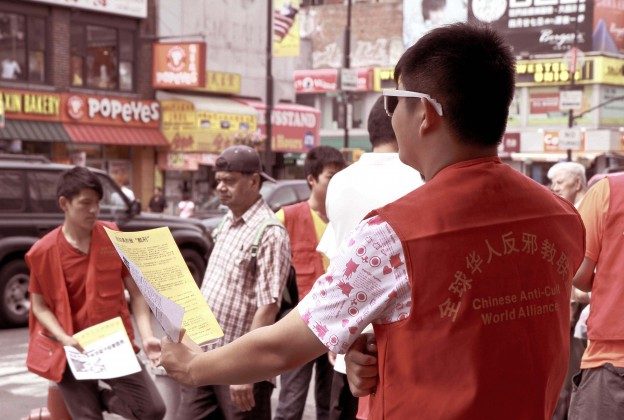 Chinese Propaganda at Home and Abroad: Chinese Media Attacks the US

At the 100th anniversary of the Chinese Communist Party (CCP) in 2021, the propaganda was stepped up, praising both the Party and Xi Jinping.

In a China that has become prosperous and where competition in the new economy is fierce, it would be easy for everyday people to turn away from the Party which once vilified the wealthy class. But through continued propaganda efforts and a periodic rewriting of the message, which now suggests that becoming wealthy is an act of patriotism, the CCP has not only managed to stay relevant, but to remain supreme. This year’s slogan was “always follow the Party.”

In a previous generation, school children in China read a column called “Socialism Is Good. Capitalism Is Bad.” This promoted the idea that the CCP took care of its people while the West allowed its citizens to suffer, alone in hunger, until they died. True believers wound up pitying Americans who were six times wealthier, on average, compared to the Chinese. Today, it is a harder sell to convince Chinese people that all Americans are poor, but state media does a good job of distorting the wealth inequality and the homeless problem in the United States.

Xi has stated that the task of United Front Work Department and other propaganda outlets is to demonstrate the superiority of the Chinese system, through prosperity. Chinese language articles regularly appear in state media about how unfair the U.S. economic system is and how “inequality kills.”

CCP propaganda apparatus at home exploited every misstep Western countries took to contain the COVID-19 outbreak, including a large number of deaths in the United States. Every mistake in a democratic country becomes one more piece that Beijing exploits to further its interests. These sentiments were espoused in the Chinese language in state media, then echoed in English in the Global Times for the rest of the world, outside of China to read.

State-controlled television includes U.S. media reporting as part of its domestic propaganda campaign. The Chinese media regularly tells Chinese citizens which U.S. media reports support the official narratives of the CCP. A Chinese language story in the news portal Sina had a title translated as “The U.S. is undergoing a major collapse.” The story was supported by a reference to a Washington Post story, whose Chinese title translated to “A Great Crash in the United States.”

Beijing also uses these American news stories to establish China as an expert that can help other nations, or as a victim of Western chauvinism, or a hero/savior of the world. China is portrayed as an expert in stories about the heroic role the CCP took in controlling the coronavirus, praising its first responders and nurses, or trumpeting its aid to Italy in the early part of the pandemic. Not only are most countries not grateful to China, but many wish to hold the CCP accountable for mishandling and lying about COVID-19, as well as for the disappearance of several Chinese whistleblowers.

At other times, state media can portray China as a hapless victim. A story in Huangqiu claimed that “FBI agents admitted that they framed the Chinese professor.” The article was referring to Anming Hu, an assistant professor of engineering at the University of Tennessee, Knoxville (UTK), who was arrested last year for allegedly lying about his ties to a Chinese university while receiving funding from NASA. In the end, a federal judge declared a mistrial after the jury failed to reach a verdict.

But in countless other cases, the CCP is proven to have used academics as spies. Dr. Charles Lieber, the chair of Harvard University’s Chemistry and Chemical Biology Department, was arrested by the FBI for failing to disclose his ties to the CCP. Lieber received payments of $50,000 per month, as well as $1.5 million, from Beijing for his role as a “strategic scientist” at Wuhan University of Technology (WUT) and for his participation in China’s “Thousand Talents Plan.” Other academics that have been arrested for spying for the CCP or failing to disclose their connection to Beijing include the following: Yanqing Ye, a lieutenant in the People’s Liberation Army, who was studying at Boston University’s (BU) Department of Physics, Chemistry and Biomedical Engineering; and Zaosong Zheng, who was conducting cancer research at Beth Israel Deaconess Medical Center in Boston. Zheng was arrested while trying to smuggle vials of organic material he had stolen from the lab, back to China.

Whether state media represents the CCP as a hero or a victim on a given day depends on which image would best suit the Chinese regime’s immediate needs.

When the regime has a falling out with a foreign nation, the propaganda is designed to turn public opinion against that country. In 2019, China sanctioned Norway for awarding the Nobel Prize to pro-democracy activist Liu Xiaobo. Similarly, CCP propaganda fanned Chinese citizens’ anger at Australia for calling for an independent investigation of the origins of COVID-19.

Last year, China’s Foreign Ministry spokesperson Hua Chunying wrote on Twitter that if the United States was so concerned about transparency and discovering the true origin of COVID-19, then the United States should open its biodefense lab, at Fort Detrick in Maryland, to international inspectors. This tweet was immediately picked up by state media, becoming the basis for reports published in English, Spanish, Arabic, and other languages. The state-run China Global Television Network and Global Times ran versions of the story, following Xi’s edict, that state media should promote “positive propaganda” for the “correct guidance of public opinion.”

The CCP has complete control of all news media and total censorship on social media, while it is able to keep unwanted information out with the Great Firewall. The people in mainland China can only view what the CCP wants them to see.

The average Chinese citizen has no idea that in Xinjiang, millions of Uyghur Muslims are being persecuted, tortured, detained, or subjected to forced labor and organ harvesting. Neither do they know of the countless Tibetans who have been murdered or the millions robbed of their religion and language. They are unaware of the cultural genocide being committed in Tibet, East Turkestan (Xinjiang), and Southern Mongolia (Inner Mongolia). They were, however, aware of the death of George Floyd and the ensuing riots which engulfed the United States.

While the CCP is waging genocide against its own Muslim population, the Global Times, a Party mouthpiece, is running stories about America’s mistreatment of Muslim-Americans. Global Times went so far as to call the United States “a colonial, expansionist genocidal settler state.” The same Chinese readers would be unaware that East Turkestan and Tibet were independent until forcibly annexed through a CCP military invasion.

Many experts see propaganda as Beijing’s most powerful control mechanism. The CCP’s propaganda departments employ millions of people, have tremendous budgets, and sophisticated technology at their disposal. The regime’s propaganda machine operates on the belief that propaganda is neither lying nor deceitful, but rather, a necessary and virtuous component of building and maintaining the state.