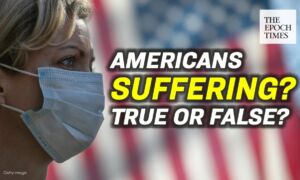 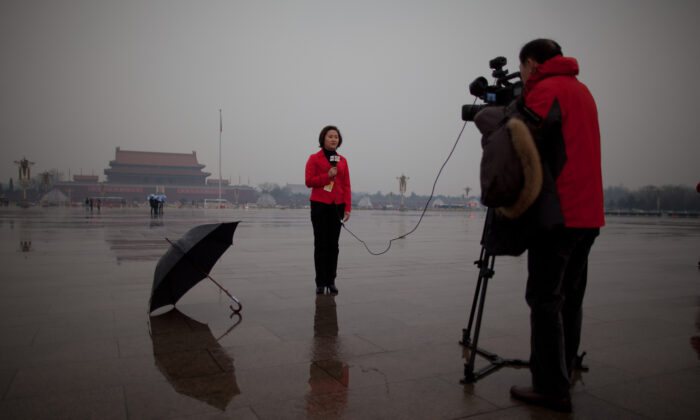 Chinese Propaganda Agency Pushes Campaign to ‘Resist America,’ but Is Rebuked by Netizens

U.S.-China relations have taken a nosedive since the Trump administration repeatedly called out the communist regime’s coverup of the COVID-19 outbreak and criticized Beijing for exacerbating the pandemic crisis. But a recent propaganda directive sent out by China’s National Radio and TV Administration reflected a new type of hostility the communist regime wished to project toward the United States.

According to state-run media The Paper, China’s National Radio and TV Administration, one of the Communist Party’s main censorship agencies, delivered its directive in a video conference on July 17. In order to “highlight ideological values,” all radio and TV channels are required to broadcast [four types of] programs that “lift the spirit”: “the war against Japan’s invasion, resistance to the aggression from America, aiding North Korea, and touching stories about the containment of the pandemic.”

The directive also stressed “macro management” of the types of shows and programs the Party needs, and that in the layout and arrangement of broadcasts, TV stations should “strictly implement the review process of both pre-broadcast and rebroadcast.”

Furthermore, in preparation for the upcoming 75th anniversary of Japan’s surrender during World War II, on Sept. 3, state-run media Xinhua reported on July 23 that the administration will not allow the broadcast of any TV shows that “violate common sense, arbitrarily interpret or joke about history, or are excessively entertaining.”

As early as May 15, 2019, in order to foment anti-American sentiment across the country, the central government’s Propaganda Department had required that all movie channels and provincial satellite TV stations broadcast films about the Korean War, when the Chinese regime aided the North Korean army against the South Korean army that was aided by U.S. military.

According to a report by Hong Kong media outlet hk01.com, that directive was triggered by the U.S.-China trade war.

Following the recent state propaganda directive, many Chinese netizens voiced their opinions about this new round of anti-American sentiment incited by the authorities.

One netizen wrote: “Although unable to defeat American imperialism on the military and economic fields, it [Chinese regime] tries to claim victory with its anti-American films.”

Another wrote: “The hypocritical communists send their own money and families to the United States, but they advertise their hatred of the United States. We, the people, all hope that the Chinese Communist Party will soon die.”

Another wrote: “Right now, the Chinese believe in whatever the Communist Party says. I am hoping that the U.S. government will fund the development of software that circumvents the internet blockade in China.”

Yet another wrote: “Don’t underestimate the Party’s films! This is their old routine of brainwashing, bewitching, and kidnapping Chinese people. The more people watch it, the more people will die with the Party! Don’t let the propaganda succeed!”