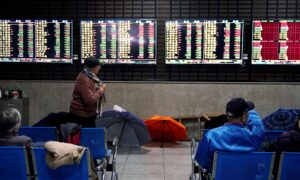 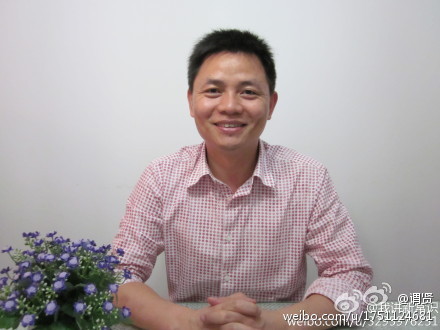 An undated image of Zhang Xuezhong, a professor who was recently expelled for teaching about constitutionalism (Weibo.com)
China

A Shanghai law professor was fired from his teaching position last week for teaching and writing articles about constitutionalism, a notion that has been rallied around by liberals in China seeking restraints on state power, but which has also been vociferously attacked by communist ideologues who see in it the destruction of the Communist Party’s “people’s democratic dictatorship.”

Dr. Zhang Xuezhong, associate professor of civil law at East China University of Politics and Law in Shanghai was notified by the university that his qualifications to teach at the institution had been revoked. The Human Resources office told him that the decision was made “collectively by the university’s Communist Party Committee,” said China Change, a human rights website.

Since Dr. Zhang withdrew from the Chinese Communist Party (CCP) last fall, he challenged the legality of the decision. His temporary suspension at that time was a result of his support for those opposed to the “national education” courses in Hong Kong schools. Later he left the Communist Party.

Zhang’s writings on constitutionalism have been criticized by university officials, who were particularly disturbed by an article he published in June.

Although China has a constitution, it is subject to broad interpretation by the CCP. The Party also sits above the constitution, and modifies it periodically according to the latest political imperatives. Advocates of constitutionalism, like Zhang, want the Chinese constitution to be the highest law, not under control of the CCP.

“The university made it clear to me that the article was in violation of the Constitution of People’s Republic of China, and at the same time, it also violated the teachers’ ethical code,” he explained in a statement which challenges the university’s position and defends his legal position.

Relating the course of events in his dispute with the university, he said: “A faculty member of the university had the opinion that I was a teacher of civil law and I shouldn’t be writing articles about constitutionalism.”

“Now that the suspension has provoked wide public attention, the university is denigrating me for “fabricating facts,”” he continued.

Earlier this year, when the CCP issued an instruction to educational institutions banning the teaching of seven sensitive topics, Dr. Zhang was one of the first professors to make the document public.

Zhang is currently representing two citizens who were arrested for their participation in the New Citizens’ Movement, an informal citizens’ group, characterized by “dinner parties” where the participants discuss China’s constitution and other legal issues over dinner together.

Participants and organizers of the gatherings have been targeted by the CCP in an ongoing crackdown, with those arrested being charged with “gathering a crowd to disrupt order in a public place” or similar politically-charged vagueries.

The CCP has begun strictly and explicitly forbidding discussion and teaching of constitutional governance, though it was tolerated until recently, according to Geremie Barmé, the director of Australia National University’s Australian Centre on China in the World

“Party authorities, since March/April, have said there is no meaningful discussion here because it would lead to political fragmentation and chaos,” he explained in The Australian.