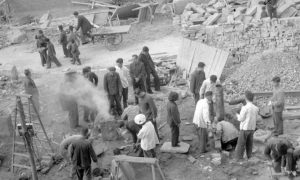 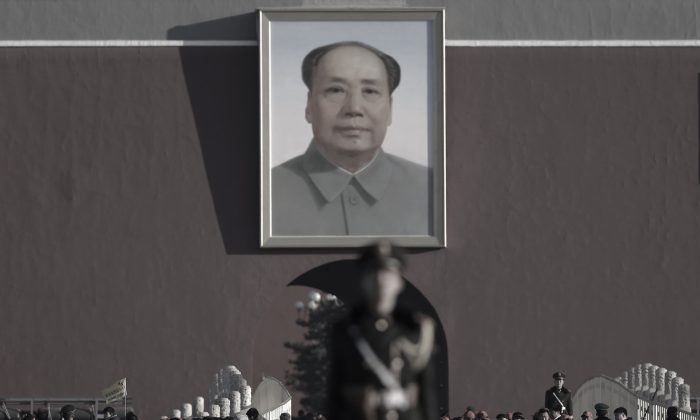 A Chinese professor was removed from his job after criticizing founding Chinese Communist Party chairman Mao Zedong on what would have been the dictator’s 123rd birthday.

Deng Xiaochao, 62, an art professor at Shandong Jianzhu University in central China, suggested in a Dec. 26 post on Chinese social media that Mao was responsible for the severe famines and mass deaths before and during his reign.

Chinese leftists then harassed him online, calling him “the People’s Public Enemy” and other Maoists slogans and labels. Shandong Jianzhu University then fired Deng for his “erroneous remarks” on Jan. 5, according to the state-run Global Times tabloid.

Deng wrote in a now-deleted post: “If he’d died in 1945, China would have seen 6 million fewer killed in war. If he’d died in 1958, 30 million fewer would’ve starved to death. It wasn’t until 1976 when he finally died that we at last had food to eat. The only correct thing he did was to die,” as reported by the Wall Street Journal.

After the Second World War, the Communist Party launched a civil war against the ruling Chinese Nationalist Party (Kuomintang), and forcibly seized power in 1949. The Nationalists had done most of the fighting against the invading imperial Japanese army and was severely weakened, a situation that the communists capitalized on.

From 1958 to 1961, Mao launched the Great Leap Forward, a economic and social campaign to industrialize and collectivize China which resulted in 45 million people beaten, starved, or worked to death, according to Frank Dikotter, a Hong Kong-based historian. “It ranks alongside the gulags and the Holocaust as one of the three greatest events of the 20th century…. It was like [Cambodian communist dictator] Pol Pot’s genocide multiplied 20 times over,” Dikotter recently wrote about the Great Leap Forward.

Historians estimate that as many as two million were killed because of the Cultural Revolution, a political campaign that Mao started in order to eliminate his political enemies and eradicate traditional Chinese culture.

Despite having wrecked the country’s economy and caused the deaths of millions through disastrous campaigns, the Party largely absolved Mao several years after his death. Deng Xiaoping, Mao’s successor, described the dictator as “three parts bad, seven parts good.” But the Chinese regime continues to clamp down on public discussion of Mao’s controversial rule.

Today, the Chinese currency carries Mao’s image, and a giant portrait of the dictator hangs in Beijing’s Tiananmen Square.