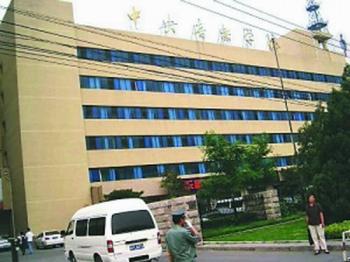 Xue Fei
View profile
Follow
biggersmaller
Print
A 70-year-old professor from Beijing’s prestigious Central Conservatory of Music confessed on August 18 to accepting sexual and monetary bribes from a prospective female student. The case led to a flurry of comments from Chinese netizens and the loss of the professor’s teaching privileges.

Professor Liang Maochun was approached by a Masters student from the Shenyang Conservatory of Music, Zou Jiahong, who was seeking entry into the Ph.D. program he oversaw. She paid 50,000 yuan (US$7,315) tuition, then later directly gave Prof. Liang another 50,000 yuan and engaged in sexual intercourse with the professor. She said Liang could keep the money if she was accepted into the Ph.D. program.

Liang later chose not to enroll Zou out of fear that she would expose the transaction, and confessed his deeds to the Conservatory, returning the bribe money. The institution later banned Prof. Liang from teaching and enrolling students, according to the China Daily.

Ironically, speaking at the fiftieth anniversary of the Conservatory’s Music Department on November 5, 2006, Liang had said, “Dare to speak the truth, think independently, be willing to endure loneliness, and be content to live in poverty. Devote yourself to things spiritual.”

The incident has also brought up the question of China’s doctoral quality. The China Youth Newspaper reported in March that more than 50,000 Ph.D.s graduated in China in 2008, compared to 40,000 in the U.S. The United States has more than 250 universities capable of awarding doctorates, while China over 300.

One Internet user wondered how many of those 50,000 obtained their degrees through plagiarism or “sleeping” and how many through diligent study.

“In China, to get a better future, or to just be able to find a job after graduation, female college students have to be ready to sell their bodies. Too many stories show this,” complained another netizen, Qin Jianzhong, in a Sichuan internet forum. “Except for those with strong backgrounds or from wealthy families, women often have only one path to take when choosing between food and virginity.”