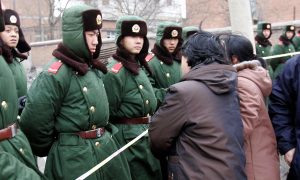 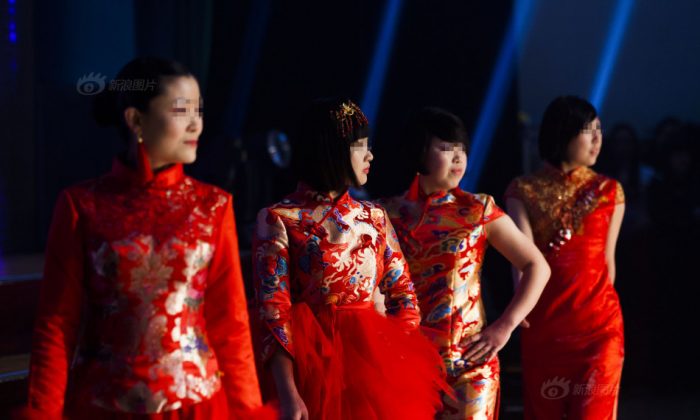 Prisoners and prison guards dress up for a fashion show in Jilin Women’s Prison in Jilin Province on Feb. 3. (Screen shot of Sina.com)
China

The Jilin Women’s Prison in the northeast province of Jilin, China, recently put on a flamboyant fashion show in which both prison guards and prisoners took part—but the display of apparently progressive conditions in the jail shouldn’t be taken as an indicator of what really goes on inside the same walls.

Epoch Times recently reported about Che Pingping, for instance, a prisoner there, who has been subject to constant torture and brainwashing for her beliefs, in the very same walls as the cellmates strutting down the catwalk.

The difference is that Che is a practitioner of Falun Gong, a spiritual practice that has been persecuted in China since July 20, 1999. Adherents of the practice strive to follow the principles of truthfulness, compassion and forbearance in their daily lives, and perform the five meditative exercises.

Che has been arrested 9 times in 14 years. The latest information from her family members indicated that she was being forced to sit on a tiny bench in an unheated room, a type of torture that causes severe pain in the back and buttocks.

None of this would be clear for Chinese viewers who clicked on the links on gallery featured on Sina Photos, a popular website in China. Consisting of eight photographs, they include descriptions like “Lively music, graceful postures, costumes in different styles, and a happy smile with confidence: 40 female prison guards and 40 prisoners together walk down the catwalk.”

Another photo says: “The costumes are designed by Ms. Ren, who has be in prison for 10 years. This is the third year that Ms. Ren has been the costume designer, and she will be released this year. Her greatest wish now is to make a dress for her daughter who is studying in junior high school.”

The overall effect of showcasing the performance is to create the impression that Jilin Women’s Prison is a humane place for the incarceration of its female population.

Even the law would suggest that: The Prison Law of the People’s Republic of China is listed on the official website of the Jilin Province Prison Administration Bureau, and clause 14 prohibits torture and abuse of inmates.

But these rules don’t hold true for those locked up for political reasons. Apart from Che Pingping, there is also the case of Zhang Jie, a housewife who became a petitioner—that is, one who protests outside official buildings seeking justice—who was sentenced to 6 years in prison in 2009 for the crime of “assembling crowd to disturb social order.” Her case was documented on the human rights website Chinese Human Rights Defenders.

Zhang had been attempting to gain redress for the demolition of her sister’s home by real estate developers acting in cahoots with local officials.

Cases like that of Zhang Jie and Che Pingping are the other side of prisons in China, which are censored instead of being promoted in colorful photo galleries.