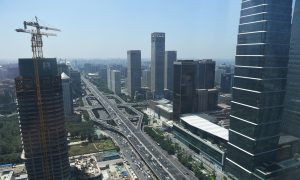 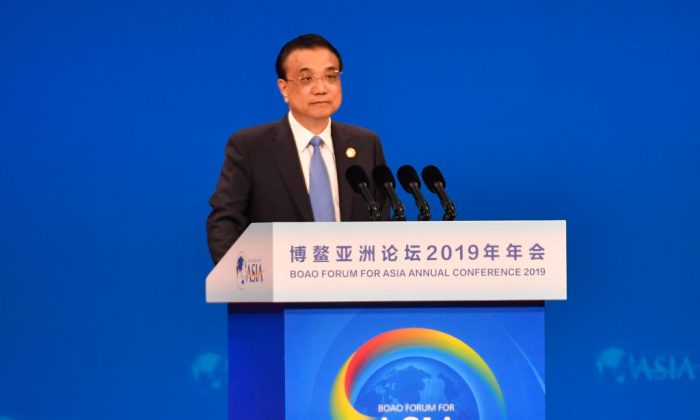 When Chinese Premier Li Keqiang recently spoke at a national conference on entrepreneurship and job creation, his comments made it clear that unemployment is at the top of the Chinese regime’s agenda.

Speaking in Beijing on May 13, Li spoke of the all-time high in the number of new college graduates this year, which is sure to put pressure on the job market, according to a report by Chinese state-run media Xinhua.

What stood out in Li’s remarks was his tacit admission of China’s economic woes, when he stated that “there are multiple factors affecting the stability of the job market” this year, without any elaborating further.

To address this “complicated and grim situation” in the job market, Li said it’s the responsibility of regional governments, for they must “stay away from the bottom threshold of large-scale unemployment.”

Li asked regional authorities to take charge of their own unemployment issues.

“For provinces where mostly laborers from other areas come to work there, they must do all they can to keep unemployed people in their region, and stop the out-of-towners from returning to their hometowns en masse,” Li said.

Meanwhile, authorities in provinces where laborers mostly leave to go work elsewhere—usually poor provinces like central China’s Gansu Province, where residents leave for work in the big cities—must assist those who have returned back to their hometowns in securing jobs or starting their own businesses locally, Li said.

Li’s remarks reflect a struggling Chinese economy, which could be further weighed down after trade tensions escalated recently: after U.S. President Donald Trump increased tariffs on $200 billion of Chinese goods to 25 percent from 10 percent, China retaliated by slapping higher tariffs on $60 billion of U.S. goods.

His words indicate that mass unemployment is a concern for the Chinese regime. While China regularly releases official unemployment figures, analysts consider the data unreliable. Figures sometimes remain unchanged despite other economic indicators showing ups and downs in the Chinese economy. Most of the time, Beijing underreports unemployment, with the goal of ensuring “social stability”: preventing the public from panicking over the true state of the economy.

Recent economic data suggest that the world’s second-largest economy is sluggish. According to Reuters, China’s retail sales rose 7.2 percent in April from a year earlier, the slowest pace since May 2003, according to data from China’s National Bureau of Statistics.

The data suggested that consumers were beginning to cut back spending on everyday products such as personal care and cosmetics, while continuing to shun more expensive items such as cars.

“Weak retail sales partially stemmed from a deterioration in employment and declining income of the middle-and-low income groups,” said Nie Wen, an economist at the Shanghai-based Hwabao Trust.

Growth in industrial output slowed more than expected to 5.4 percent in April year-on-year, pulling back from a four-and-a-half-year high of 8.5 percent in March, which some analysts had suspected was boosted by seasonal and temporary factors.

Fixed-asset investment growth also slowed, to 6.1 percent in the first four months of this year, dashing expectations for a slight rise.

The Chinese manufacturing job market will likely take another hit in coming months, as Hong Kong and Taiwan businesses begin to pull some of their production out of China to avoid the added costs of U.S. tariffs.

Chinese commentator Wen Xiaogang, in an interview with the Chinese-language Epoch Times, explained that Li’s remarks show how Beijing is fearful of what is to come, as U.S. tariffs put more pressure on the economy—companies closing down because of fewer orders and foreign companies moving factories away from China—all of which could lead to massive layoffs and high unemployment.

Many migrant workers working in China’s manufacturing hubs could soon find themselves without a job. Wen said that if the workers remain unemployed for an extended period of time, it could lead to social unrest—which could undermine the Chinese Communist Party’s rule. Thus, the Party is making tackling unemployment a priority, he said.

Ms. Wang, a businesswoman in southern China’s Guangdong Province, recently spoke to Radio Free Asia (RFA) about the many companies in the Pearl River region shutting down. She explained that companies likely can’t afford to pay the 25 percent tariff because their normal profit is only 15 percent.