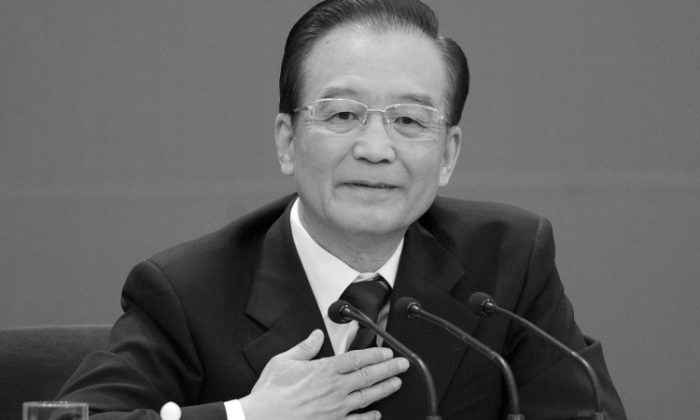 Chinese Premier Wen Jiabao’s recent proposal of a “clean government” and of fighting corruption in the “sunshine” is a courageous step that inspires hope that China may peacefully reform and resolve long-standing problems regarding rule of law and human rights.

April 15 was the 23rd anniversary of the death of Hu Yaobang, former Chinese reformist leader and General Secretary of the Chinese Communist Party (CCP). On the same day, state mouthpiece Xinhua ran a preview of Wen Jiabao’s anti-graft article.

Wen’s article “Let Power Be Exercised Under the Sunshine,” soon to be published by Seeking Truth magazine, dwells on the new achievements of China’s governmental reform and major tasks ahead in the fight against corruption.

At the end of the article, Wen stated, “We will take more powerful measures to fight corruption and build a clean government under the leadership of General Secretary Hu Jintao.”

Standing up for Chinese People

The Seeking Truth magazine is an important state mouthpiece whose top stories often represent the Party’s guidelines for policy and public opinion, according to Epoch Times’ columnist Xia Xiaoqiang.

Commenting on Wen’s article, Xia said it does not have much new content. However, it is quite unusual in light of the recent intense infighting at the Party’s highest leadership level, and in addition, this article was published on the day of Hu Yaobao’s death anniversary.

Xia said Hu Yaobang’s son Hu Dehua, told Chinese media about a month ago: “The difference between my father and Deng Xiaoping is that Deng wanted to save the Party, whereas my father wanted to save people—the ordinary people.”

But the coinciding of Wen’s article publication with the Hu Yaobang anniversary is not quite so unusual when one considers that Wen used to be Hu Yaobang’s assistant in his younger years.

Hu Yaobang was purged for being too reform-minded and for his liberal handling of student protests in 1987. He was succeeded by Zhao Ziyang, who continued many of Hu’s reforms. After Hu’s death in 1989, some 100,000 students took to Tiananmen Square, leading to the student protests and massacre of 1989. Wen Jiabao was mentored by both of these leaders.

Wen has also experienced persecution in his family. While giving a speech at his alma mater, the Nankai High School, last year, Wen disclosed that his father and grandfather were continuously attacked in many political movements in the past.

According to Xia, Wen is well aware of the CCP’s dark side, its crimes committed during the Cultural Revolution, the Tiananmen Massacre, and in the persecution of Falun Gong. He is also aware of the involvement by the powerful Political and Legislative Affairs Committee (PLAC)—the domestic security apparatus—in many heinous human rights crimes and rampant corruption.

Zhou Yongkang, the head of the PLAC and a member of the Politburo Standing Committee, and former Party leader Jiang Zemin have actively collaborated in the persecution of the Falun Gong spiritual group.

Xia said that though the CCP’s system has destroyed many people’s humanity and conscience, it is a great thing that some Party leaders, such as Hu Yaobang, Zhao Ziyang, and Wen Jiabao, have still held to their conscience and a moral bottom line.

“The simplest form of ‘sunshine’ Chinese people need is an uncensored Internet, and an open acknowledgment of the injustice Chinese people have been subjected to, including the 13-year persecution of Falun Gong,” Xia said.

Li Tianxiao, a political commentator and columnist for The Epoch Times, said Wen’s article carried deep political connotations. Wen was actually calling for support from admirers of Hu Yaobang in order to expand the Hu-Wen alliance and to alienate Zhou Yongkang and the Jiang Zemin hard-liner clan.

“Wen was sending a clear message, asking officials to side with Hu and Wen,” Li said.

Wen has also been making comments about ending the persecution of Falun Gong and has pushed for Zhou’s crimes against Falun Gong to be exposed, including the widespread use of torture and cases of organ harvesting.

Li said that once these terrible crimes are made public, Chinese people will take a stance on this matter, and the entire Chinese society will undergo a fundamental change.

Wen also said in the article, “The government must satisfy the people.” Li said that it is obvious that the top leaders want to hunt down Zhou Yongkang, as Zhou is no longer just a criminal offender, but was also involved in a coup attempt and many other crimes.

On March 26, at the State Council’s annual conference on opposing corruption, Wen had also mentioned the need for reform, saying, “If this issue [corruption] is not resolved, the nature of political power could change, and the Party could lose its power to rule the country.” According to a source in Beijing, Wen’s remarks were aimed at Zhou Yongkang and the PLAC.