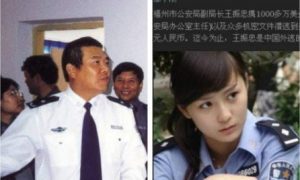 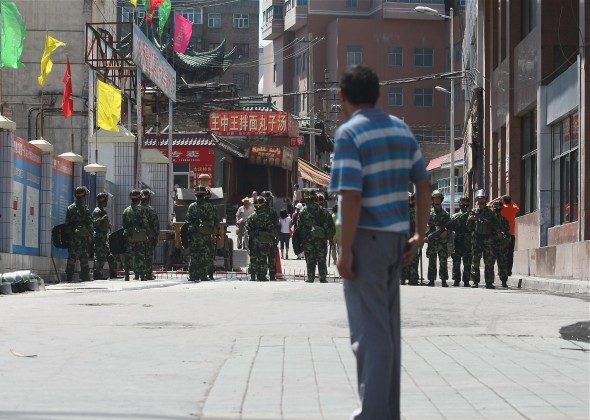 Security officers detained a Uyghur student who had once worked for dissident scholar Ilham Tohti at the airport in Beijing shortly before he was to board his plane to return to his university in Turkey.

A week after the police took Mutellip Imin away on July 15 “to drink tea”, his girlfriend wrote in an emotional post to the Uyghur Online website that she does not know where he is being held, and that his cell phone was turned off after he sent an “SOS” message. “Drinking tea” is a euphemism for being taken by security forces for questioning or warning, and is widely used by the communist regime to repress activism.

Imin, 24, is an English language student at a university in Istanbul, and had no background of activism, though he was active with student organizations and had at one time volunteered for Tohti’s website Uyghur Online.

Radio Free Asia reported that another webmaster, Shohret, had also detained and interrogated recently by police. The source said that he was forced to disclose Uyghur Online webmaster passwords. The website was briefly shut down by hackers in February, after Tohti was prevented from leaving to take a guest lecturer appointment in the United States.

Tohti, a professor at a Beijing university, has been an outspoken critic of the Chinese regime and its treatment of the Uyghur minority in the Xinjiang Autonomous Region.

“Even if Mutellip did not do anything that violates state security, the state security police can detain him and charge him with any kinds of crimes that he did not commit,” Ilham Tohti said through a friend, according to Radio Free Asia.

The detention of Imin, though he has not been a visible activist, occurs as the Party widens its repression of activists or even suspected activists and increases the harshness of its social and religious controls in the Uyghur homeland of Xinjiang.

Tohti recently told South China Morning Post that “The government should reflect and take responsibility for what is happening in Xinjiang now and in the future,” referring to ethnic violence in the area.

China has responded to the recent unrest with thousands of newly deployed paramilitary troops and anti-riot vehicles, and with severe religious restrictions during Ramadan, the holy celebration for Uyghur Muslims.