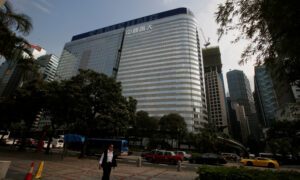 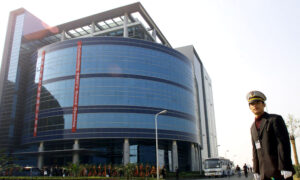 Chinese Petitioner Confined to Her Home by Authorities for Dissent

A woman and her husband have been blocked from leaving their home for 64 days, after she attempted to travel to Beijing and raise grievances with authorities.

Ordinary Chinese citizens can petition the National Public Complaints and Proposals Administration in Beijing, an agency that hears public complaints. Such activity is a tradition that dates back to ancient China, when citizens would travel to the capital and plead with officials of the imperial court as a last resort toward seeking justice.

But Chinese authorities often arrest or harass petitioners, fearing that their public gatherings and protests will disturb the country’s “social stability.”

Wang Caixia, a resident in Wuxi city located in coastal China’s Jiangsu Province, recently told the Chinese-language Epoch Times that she and her husband have been unable to leave their home for 64 days, because of four or five local thugs who have camped outside.

Wang suspects that they were hired by the local government; when she asked local police for help, they turned a blind eye.

“I called 110 [China’s police hotline] two days ago. Police officers came and said this was not illegal detention,” Wang said. She said that her calls to the local police inspector bureau couldn’t get through.

She said, the city and provincial government also didn’t send anyone to check on her, even after she told officials that she had taken videos and pictures to prove she was being confined against her will.

Wang said the thugs wouldn’t let her or her husband, Pan Guoliang, outside to buy food or visit a doctor; Pan is the sole income earner of the family.

Wang claims her two stores, located in Liangxi district in Wuxi, were illegally demolished in June 2006, and two months ago, she sought to go to Beijing to petition her case to China’s central authorities.

She also alleges that her left knee was left permanently damaged after a local hospital in Wuxi gave her fake, substandard drugs for treatment. According to Wang, a court in Jiangsu Province ruled against her lawsuit, after it heard evidence presented by the hospital that she says was based on forged medical records.

Wang never made it to Beijing. While traveling in the nearby city of Tianjin, Wang was intercepted by train police officers and Wuxi officials stationed in the Beijing office.

Wang was forcibly returned to her home, where she said street officials and the local police station hired thugs to control her.

“I heard from local security bureau officials that there was a rather large number of people from Wuxi going to the national complaints office in Beijing last year, including many from my district of Liangxi. That’s why the local government wants to control me,” Wang said.

She believes local authorities are trying to keep her from traveling to Beijing so that she can’t expose local government corruption.

Wang also suffers from chronic illnesses that include high blood pressure, heart disease, and pelvic inflammatory disease. Forty-five days into her house arrest, she ran out of medicine.

She called the local police and told them that she needed to go outside to buy medicine, but a police officer told her he couldn’t make a decision without conferring with his supervisor. Eventually, one of the thugs decided to help her buy new drugs every week, according to Wang.

Prior to her latest troubles with Chinese authorities, Wang was arrested by local police on March 4 and charged with “picking quarrels and provoking trouble,” according to the Chinese human rights news website Civil Rights and Livelihood Watch (CRLW).

The charge was related to Wang joining other petitioners in signing an open letter to Wuxi’s Party secretary Huang Qin. Wang posted the letter on Chinese social media.

She was held for 23 hours before being released, according to CRLW.