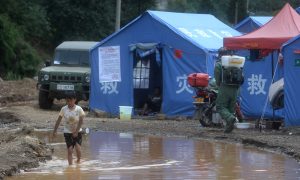 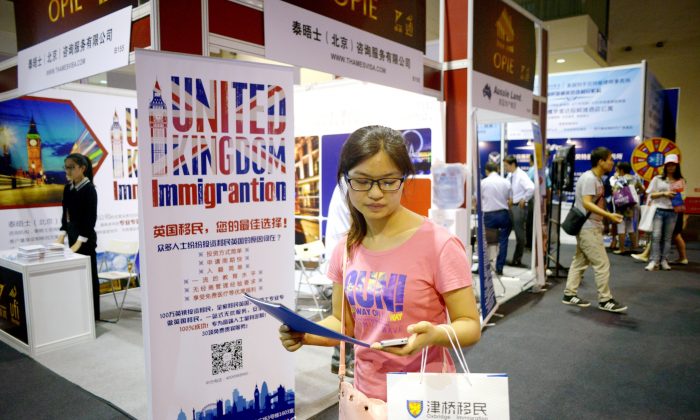 Chinese People’s Wish to Move Overseas Leads to a Scam

Thousands of Chinese eager to leave the country and find their futures elsewhere seem to have been taken advantage of by an unscrupulous Chinese businessman with Canadian citizenship.

The companies, called “emigration agencies,” purport to help Chinese find jobs and visas overseas. In a range of provinces recently, including in Henan, Jiangsu, and Shandong, customers have mounted protests against the loss of tens of thousands of yuan as the company storefronts suddenly shutter.

In many cases, local authorities simply sent police to shut down the protests.

This took place in Henan, for example, when thousands of protesters gathered outside the provincial government building on April 21. Mr. Zhou, a victim, told Epoch Times that they went to collect their money after they learned that their visa application failed. The company was deserted, however, and riot police beat back the crowds, arresting 10.

A thousand more flocked to government headquarters in the city of Zhengzhou, hoping for an explanation and intervention. They, too, were met with force. The conflict extended into a third day.

Other incidents have taken place around China. The scam works because the companies claim to provide visa and immigration services for Chinese to relocate overseas.

Chinese—many of them low-wage workers—save tens of thousands of yuan (more than a year’s wages in some cases), or even hundreds of thousands, and hand it over in hopes of a better life. The emigration companies then simply close down.

Ms. Zheng, a victim of the Nanjing Jinshiding Trade Company, said in an interview: “We are migrants. Some have borrowed hundreds of thousands of yuan for the entire family to work overseas. Even 40,000 yuan or 50,000 yuan is a huge sum of money to us. Now the money is gone, and government does not care. If you protest, the police will hit you and detain you.”

She referred to an attempted suicide in Wuhan City recently, when desperate victims drank pesticide in protest.

An April 7 report in the Chinese press says that over 10 victims of the Shandong Hexing Immigration Agency tried to jump off the roof of a shopping center in the city of Jinan. They had paid 48,000 each for the supposed service, which was never rendered.

A number of victims claim that the companies are subsidiaries of China Hong Kong International Investment Group, founded by Zhong Bo, a native of Sichuan Province. He is reportedly a Canadian citizen, and has established 30 of these agencies in China since 2000.

The group’s endorsement by the Bureau of Exit and Entry Administration of the Ministry of Public Security apparently led many Chinese to believe it was genuine. Zhong is now said to have permanently left China, an ability not afforded to those he left behind.