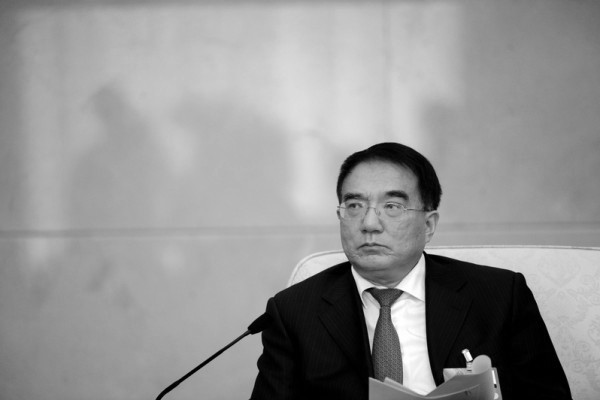 Wang Min, the former Party boss of the northeastern Chinese province of Liaoning, was sentenced to life imprisonment on August 4 for accepting bribes, corruption, and dereliction of duty, according to state-run media.

Since 2013, Chinese leader Xi Jinping’s campaign against malfeasance has ousted over 1 million officials for corruption, including an increasing number of top officials like Wang Min who are tied to the powerful Jiang political coalition that have played an oppositional and obstructionist role towards Xi’s rule.

Wang Min was expelled from the Chinese Communist Party in August 2016, and was recently sentenced by an intermediate court in central China’s Henan Province.

He was found to have embezzled one million yuan (US$148,577) in public funds and accepted bribes worth more than 146 million yuan (US$21.7 million), while serving in high-level positions in Jilin and Liaoning Province between 2004 and 2016.

He was also found guilty of negligence and was held responsible for severe election fraud, including vote buying, in the Party-controlled legislature in Liaoning. The electoral fraud scandal in Liaoning led to the ousting of 45 officials in September 2016.

During the anti-corruption agency’s investigation into Wang Min, he admitted guilt and expressed remorse, so he received a more lenient sentence, according to Xinhua, the Chinese regime’s mouthpiece news agency.

“To gain merit, Wang must have offered information on other people, including Sun Zhengcai, who succeeded him as Party Secretary of Jilin Province back in the day,” according to analysis by Gao Xin at Radio Free Asia. Sun replaced Wang as the Jilin Party chief in November 2009, when Wang was transferred to Liaoning.

A member of the Chinese regime’s elite 25-person ruling body, Sun Zhengcai appears to have been groomed as a representative of the Jiang network and was considered a potential successor to Xi Jinping as China’s top executive, before he was put under investigation by China’s anti-corruption agency in mid-July.

Wang Min was not the only Jiang faction ally who later betrayed Sun Zhengcai. The former police chief of Chongqing, He Ting, also offered compromising information on Sun after He Ting was purged in June. The two formerly worked together in Chongqing, and He Ting once boasted about their long friendship, according to sources close to He Ting.