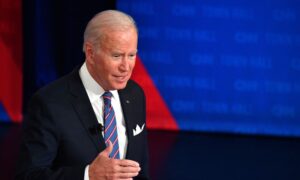 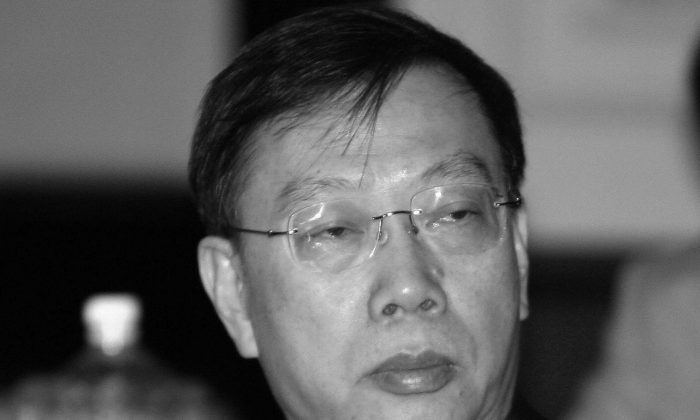 Huang Jiefu, head of the Organ Transplantation Committee in China, is pictured on July 28, 2006. Huang's attempts to respond to controversy over an honor given by the University of Sydney revealed his past conduct violated the University of Sydney's code of ethics, according to the organization Doctors Against Forced Organ Harvesting. (Raveendran/AFP/Getty Images)
China

Recently, the man in charge of reforming China’s abusive organ transplantation system took part in two high-profile attempts to defend his record and reform efforts, but both attempts seemed to only make matters worse.

Huang Jiefu was the deputy minister of health of China, and is now the head of the Organ Transplantation Committee (OTC), a body set up to oversee what is being called a new system of transplantation, meant to move away from the reliance on executed prisoners (whether death row or the religious kind is another question).

In an attempt to clear his name over a recent controversy associated with an honorary professorship he received from the University of Sydney, Huang held a press conference in Beijing in mid-May. A Chinese official holding a private address for the foreign media is rare.

Huang is significant because he has been lauded by Western doctors and medical institutions for what they regard as his efforts to move China away from using executed prisoners as a source of transplant organs.

But during the press event, he admitted on the record to having himself removed and transplanted organs from executed prisoners—an act that would violate a number of international medical ethics codes, and certainly that of the University of Sydney, which gave him the honorary professorship. And he also defended the use of prisoners for their organs, despite the fact that this ethical violation was what drove the establishment of the new system he has been congratulated for.

It was already suspected, based on Chinese official press reports, that Huang had carried out transplants from executed prisoners. But the direct admission was surprising and harmful, according to Doctors Against Forced Organ Harvesting (DAFOH), a medical advocacy group based in Washington that has argued against Huang’s award.

“Huang’s transplant practice conflicts with the university’s code of conduct,” DAFOH said, in a statement on its website referring to the controversy involving the University of Sydney. “The DAFOH website says “ABC News described Huang as saying the world needs to be understanding and give China a chance. The distorted call for ‘a chance’ is like a slap in the face of the tens of thousands of innocent lives who did not have a slightest chance and were killed for their organs.”

In the interview, Huang said: “Our country has a very strict law: organs donated from death row inmates must have the inmate’s signature, and must have the signature of the family. I say this very responsibly: every single case has these signatures, and we don’t go against the wishes of the individuals involved. It is under these circumstances that it’s carried out.”

On the surface, this sounds like a helpful position for a Chinese health official to take: it indicates that all transplant operations were carried out with the consent of the donor, which is in line with international standards.

But according to David Matas, a researcher of organ harvesting from Falun Gong practitioners in China, the claim, if true, would be problematic for the regime, and leave a lot more explaining to do.

To understand why requires going back a few years. Until November 2006, the official position of the Chinese Communist Party (CCP) was that no transplant organs came from death row prisoners. The regime reversed that position when Huang admitted to Chinese state media that “most of the organs from cadavers are from executed prisoners.”

That admission took place amid emerging evidence that living Falun Gong practitioners were being killed for their organs, and had become the primary source of organ transplants in China. Many thought it was a tactical maneuver meant to throw the spotlight off the Falun Gong question.

No one actually knows exactly how many prisoners are executed in China, and the Communist Party considers the number a state secret.

Experts pointed to a gaping hole, however, between the number of prisoners executed—there are minimum and maximum bounds that researchers work within—and the number of transplants conducted in China over any given period. From 2000 to 2005, according to David Matas and his colleague, former Canadian parliamentarian and crown prosecutor David Kilgour, that number sat at 41,500. Most of what filled the breach is suspected of being practitioners of the Falun Gong spiritual discipline, which is persecuted in China.

Huang, by now saying that every transplant from an executed prisoner came with their signature of consent and that of the family, just lowered the number of organs that we are told to believe came from executed prisoners: the figure could never have been 100 percent of executed prisoners, and even 50 percent would be stretching it, given the high rates of blood disease among prison detainees, which render their organs unsuitable for transplant.

As if to make sure all the bases were covered, in the same interview as Huang, Shi Bingyi, a major figure in the Chinese medical-military organ transplantation system, was quoted denying knowledge of organ harvesting from practitioners of Falun Gong.

Without making a factual claim, Shi said that he “absolutely does not believe” that practitioners of Falun Gong were harvested for their organs while alive.

Shi is currently a deputy chairman of the organ transplantation branch of the Chinese Medical Association; he used to be head of transplantation at the People’s Liberation Army’s 309 Hospital. He was pictured in his military regalia in an official shot with a bright red background.

The remarks by Shi and Huang were published on May 28 on the website Kaifeng, which said that they were based on interviews given to China Radio International. Kaifeng is the most vitriolic of anti-Falun Gong propaganda websites, associated with the 610 Office, the secretive, extralegal Party organ set up on June 10, 1999 to oversee the persecution of Falun Gong. The office was the key instrument used by Jiang Zemin, the former regime leader, to implement the campaign, drawing on unchecked police and security powers and using a variety of illegal and extralegal measures.

Multiple searches for the names of Huang and Shi did not reveal any trace of the interviews on the website of China Radio International (CRI). Neither CRI nor Kaifeng responded to emails asking why.

“They want to preempt it, and strangle it,” he said in a telephone interview from his home in London. Gutmann said that a “tipping point” was slowly taking place in the media sphere about organ harvesting from Falun Gong practitioners, and the remarks were made in preparation. “Now when they’re asked, they can say ‘Oh, that’s an old issue, we’ve already denied that.’”

He said, though, that regardless, “the issue’s not going away.”