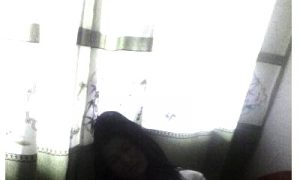 Photo taken on Aug. 18 showing the injured baby with her mother about a month after a drunken policeman reportedly threw the baby to the ground as part of a bet with his friends. (Xinhua)
China

Three top officials in central China have been suspended a month after an offduty policeman hurled a baby girl to the ground as part of a drunken bet.

Officer Guo Zengxi had been drinking with friends in Linzhou on July 18, when the group came across a man called Li Qingfeng, who was carrying his 7-month-old daughter.

Guo allegedly bet with his friends that the infant was a doll and threw her to the ground to prove it. The parents rushed the child to hospital, where she was diagnosed with several injuries including a fractured skull, and treated until Aug. 5.

The policeman was beaten up by locals, and was also hospitalized. He had to pay about 40,000 yuan (approximately $6,500) for the child’s medical costs, but was only given a 15-day confinement by the Linzhou Public Security Bureau.

Outraged bloggers on Sina Weibo drew attention to the story, and some said the bureau was protecting Guo with such a light punishment.

A Zhejiang netizen commented on Aug. 18, “The law is made for ruling the poor. Authorities don’t know what the law really is.”

Guo was taken into custody again on Saturday, and the local bureau chief, political commissar, and deputy secretary of the Public Security Bureau have been suspended, and an investigative team is now looking into the case, according to state mouthpiece Xinhua.

A Hunan netizen called Huangzigen said on Aug. 19: “I feel ashamed to be alive at the same time as a person like this! It is basic human nature and morality to protect women and children, and to respect life, whatever it is. What has happened to this society? How could such thing happen?”