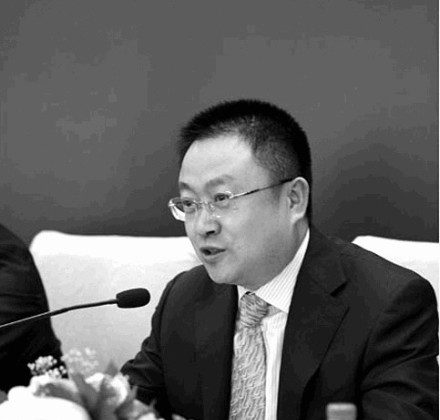 Ma Junfei, the former vice bureau chief of the Hohhot Railway Bureau in Inner Mongolia, often had to rack his brain about where to hide all the cash he was getting in bribes, he told a Chinese court. (Screenshot/Weibo.com/Epoch Times)
China

For Ma Junfei, the former vice bureau chief of the Hohhot Railway Bureau in Inner Mongolia, the question was not so much whether or not to accept bribes, but where to hide all the cash he was making from them.

Every day Ma would find himself getting bribed to the tune of around $30,000. That fact became awkward when police discovered him with over $21 million in cash. The 44-year-old was sentenced to death, delayed for two years, in December of last year.

Corruption is rampant in China, and given that much of it is done with cash, officials on the take (no small number) have invented a great variety of ways to camouflage their ill-gotten gains.

As described in a Jan. 4 report by the Beijing Times, a mainland-based media, hiding places as simple as trouser linings, and as sophisticated as hidden foreign bank accounts, are widely used.

Had Ma Junfei done some rudimentary research, the Times quipped, he would have found plenty of “advanced methods for hiding cash” used by other corrupt officials.

Corrupt civil servants store money on an ad hoc, on-the-fly basis: in pillows and cushions and beneath beds, stashed in secret layers of clothing hanging in their wardrobes, in bathroom ventilation systems, and in kitchen rice jars. Some officials have been found with gold bars stashed in their house walls. Of course, better yet are rental storage spaces and overseas banks.

Xu Qiyao, head of the provincial state construction department in Jiangsu Province, took an embezzled $655,000 and put the bills in plastic bags to be hidden in tree hollows, manure pits, and rice paddies.

The corruption of one official, Hu Fangyu of Guizhou Province’s Changshun County, was discovered when his pants, stolen by a thief, were found by local police. After the thief emptied the trousers of its small change, he discarded the clothing behind a hospital, where it was discovered and given to the local Public Security Bureau by schoolchildren. The police found a double lining in the pants: inside were four checks for a total of $7,000, each sporting the name “Hu,” referring to either the father or his son. Suspicious, the authorities began an investigation of Hu that resulted in an 11-year sentence.

Even more extraordinary cases indicate the care China’s corrupt take to protect their finances. A head of Public Security in Jiangxi Province hid money between the two layers of coal gas piping, and a former district chief of Tianjin’s Tanggu District stored money in the bellies of fish.