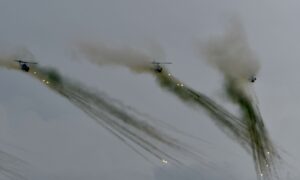 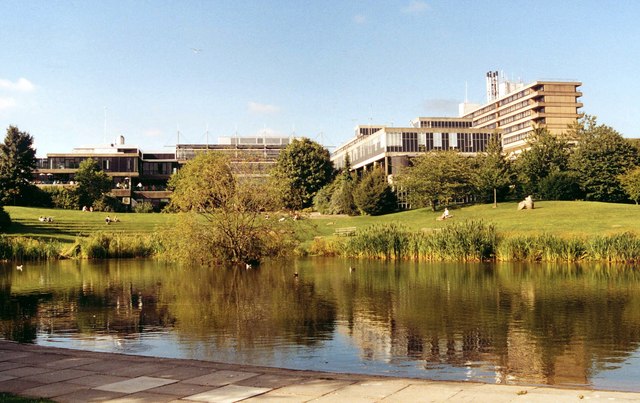 The University of Bath campus at Claverton Down, where former Chinese student Yang Li tried to bribe his tutors into letting him pass his degree. (Philip Pankhurst/Wikimedia Commons)
China

Student attempts to buy a pass at U.K. university
By Cassie Ryan

The son of a Chinese official studying in England was jailed for trying to bribe a university professor into letting him pass his degree.

Yang Li was sentenced to a year for bribery and carrying an air pistol to a meeting with two academics at the University of Bath.

After learning his dissertation results were below the pass mark, Li requested a meeting with professor Andrew Graves and Dr. Stephen Shepherd.

Graves gave Li three options, including delaying graduation by a year. However, Li was hoping to change from his expiring student visa to a tier 1 visa for skilled migrant workers, The Bath Chronicle reported.

When Graves asked him to leave, Li went to pick up the money, and a loaded air pistol fell from his pocket onto the floor.

Li’s solicitor said his client had withdrawn the money to spend over the weekend, and that the pistol was for target practice, but he put it in his pocket for safekeeping during the meeting, rather than leave it in his car.

The solicitor added that the 26-year-old Chinese comes from an “affluent family,” describing his father as a respected government official and businessman.

However, the presiding judge said Li’s actions were “planned and deliberate,” according to the Chronicle.

“Any form of corruption or incitement to a person in any manner amounts to a serious offence which must be taken seriously by the court,” the judge added.

“You attempted to persuade a university professor to behave in such a way that if it had been successful would have undermined the integrity of universities in the U.K. and the legitimacy of degrees from universities here, the University of Bath in particular.”

“Your bid to achieve a pass mark by offering what was a bribe to your professor was ill conceived to the point of being a spectacular mistake and one which was doomed to fail from the start.”

Back in Li’s homeland, columnist Lian Peng blogged about the matter to his 190,000 followers on Weibo, pointing out that bribery is commonplace in the Chinese Communist Party.

“Maybe it is because he has a father who is a ‘respected government official and businessman.’ He grew up in that family environment, so he thought that money bribes can fix everything, but it doesn’t work in the U.K. unfortunately.”