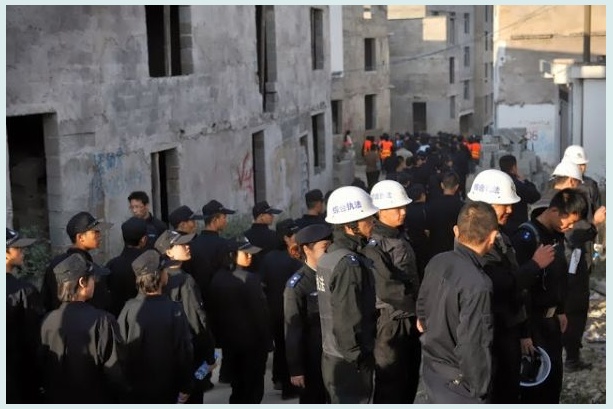 Hundreds of students were paid low wages to help demolish illegal housing in Guizhou Province on Oct. 13, leading to three officials being fired after the story got out.

Around 72,000 square meters of buildings were destroyed in the capital of Guiyang by 2,671 uniformed staff, about one-third of whom were students hired by a local security firm to prevent clashes between residents and the demolition team.

The male and female students were wearing black uniforms that made them look like they were SWAT police officers.

Participating students interviewed by the Beijing News said that they were paid 80 yuan ($13) for half a day of labor. One student said that some of them had been part of six such activities since May.

Netizens criticized the corrupt practices of the local authorities.

“Compared to sending in real SWAT police, this saved a lot of money,” said one on KDnet.

Another commented: “What kind of country is this? Is this a legitimate government or a band of criminals in power?”