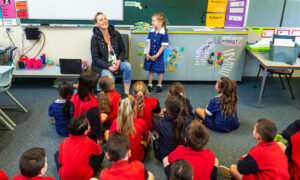 In a historic genocide case, an Argentine judge has issued arrest warrants for top Chinese officials for their role in the persecution of the Falun Gong spiritual practice.

Judge Octavio Aráoz de Lamadrid’s landmark Dec. 17 decision sets an historical legal precedent for Argentina through its reliance on principles of extraterritoriality to prosecute foreign defendants for crimes against humanity.

The judge issued a national and international arrest warrant against Jiang Zemin, former leader of the Chinese Communist Party, and Luo Gan, former head of the 610 Office, an extrajudicial agency set up to lead and coordinate the campaign against Falun Gong. The warrant is to be carried out by the Interpol Department of the Federal Police of Argentina.

The case follows a similar decision in Spain last month in which five top communist leaders were indicted for their roles in the persecution of Falun Gong by the Spanish National Court.

In that case, Spanish judge Ismael Moreno accepted charges of genocide and torture after a two-year investigation. Jiang, who is widely acknowledged as the initiator and primary driver behind the campaign launched in 1999 to “eradicate” Falun Gong, is also among the accused in that case.

According to Chinese regime statistics at the time, an estimated 70 to 100 million people were practicing the discipline that combines slow-moving exercises and spiritual teachings.

Luo is also facing charges of genocide and torture in the Spanish case for his part in leading the 610 office.

The other three accused are Bo Xilai, current Party Secretary for Chongqing and former Minister of Commerce; Jia Qinglin, the fourth-highest member of the party hierarchy; and Wu Guanzheng, head of an internal party disciplinary committee.

In the Spanish case, the accused could also face an international arrest warrant. They have less than three weeks left to respond to a letter of request from Judge Moreno with some 20 questions relating to their involvement with the persecution of Falun Gong in China.

In Argentina, Judge Lamadrid described the 610 Office as a “Chinese Gestapo with the objective of exterminating thousands of innocent people (including women, the elderly, and children) under the control, direction, supervision, and coordination of Luo Gan, the accused…”

“Jiang and Luo's actions long ago placed them in the same category as the Augusto Pinochets, Slobodan Milosevics, and Charles Taylors of the world,” Falun Dafa Information Center spokesman Erping Zhang said in a press release. “International justice mechanisms are now catching up with these two as well."

“The decision to go forward with just and impartial proceedings in this case will be a credit to Argentina as a leader in international human rights law, said Carlos Iglesias, the lawyer who filed the similar case in the Spanish National Court.

Falun Gong (also known as Falun Dafa) is a spiritual discipline focused on self-improvement through following the principles of “Truthfulness–Compassion–Forbearance.” The practice also includes five sets of Tai-Chi like qigong exercises.