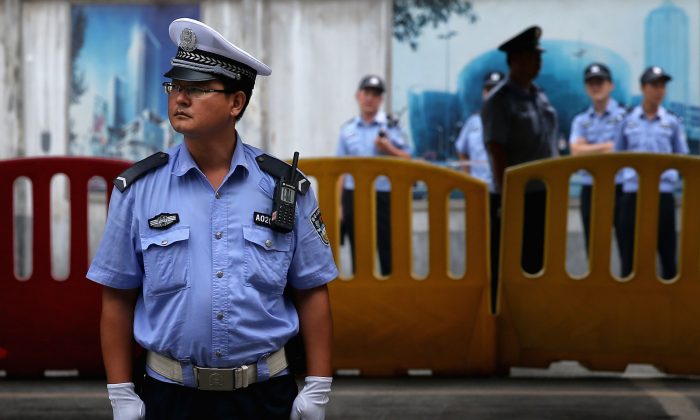 Chinese Officials, Arbiters of Repression, Now Seek Aid From the Lawyers Who Defended Their Victims

Although practitioners of the Chinese spiritual discipline Falun Gong, persecuted by regime authorities, are often hard-pressed to find support, a number of human rights lawyers have given their support, often at the risk of personal harm, in their struggles for justice.

One of these lawyers, who requested to remain anonymous, has defended Falun Gong practitioners for years. Recently, the lawyer has received many phone calls from former officials of the Political and Legal Affairs Committee (PLAC) requesting legal services in court. The PLAC is a state organization notorious for its role in the deadly, 16-year persecution of Falun Gong.

As thousands of officials in the Chinese government and Communist Party meet with Orwellian charges levied against them in the name of anti-corruption, some individuals who once helped the regime “maintain stability” are now the targets of such maintenance.

Defending state workers is nothing new for the lawyer, reported Minghui.org, a Falun Gong website that documents the persecution. The lawyer said he or she had defended retired soldiers and police officers, people whom in the eyes of the Chinese regime had become disposable; now they are petitioners looking to redress their grievance.

But now, the calls the lawyer received were from the PLAC, where many officials and police officers had all been purged recently. The same people who had made matters difficult for the lawyer reviewing Falun Gong cases—by making threats, stalking, creating interference, carrying out beatings and detention—were now asking for assistance.

A person familiar with what the lawyer had been through recalled how these people were very arrogant back when they were still in power, Minghui reported. Wang Yaluo, former warden of Liming Jail in Heilongjiang Province, who was recently purged, once shouted at the lawyer for trying to defend Falun Gong practitioners.

“Do you know what type of problem Falun Gong is?” Wang had said. “It is a conflict between ourselves and our enemies. They are all class enemies. You should know your position well.”

An unknown number of Falun Gong practitioners have been tortured to death in custody, and tens of thousands have been harvested for their organs, according to investigative researchers. The actual death toll remains an enigma, given the extent to which the Chinese Communist Party censors such information.

In recent years, however, things began to unravel for those in the PLAC and other agencies that played major roles in the persecution.

Zhou Yongkang, formerly the director of the PLAC, has been purged. Even Jiang Zemin, the former Communist party general secretary who began the campaign to destroy Falun Gong and  put Zhou up to the job, is losing his grip on Chinese regime politics as current general secretary Xi Jinping’s anti-corruption campaign decimates his allies in the Party.

One sign of Jiang’s crumbling position is the fact that Falun Gong practitioners in China have been able to file at least 70 criminal indictments against the former dictator, according to Minghui.

The lawyer told Minghui that he or she was willing to represent PLAC officials, but that “when they were in office, [the officials] were behind many unjust cases.”

“Now, I am simply overwhelmed,” the lawyer said.