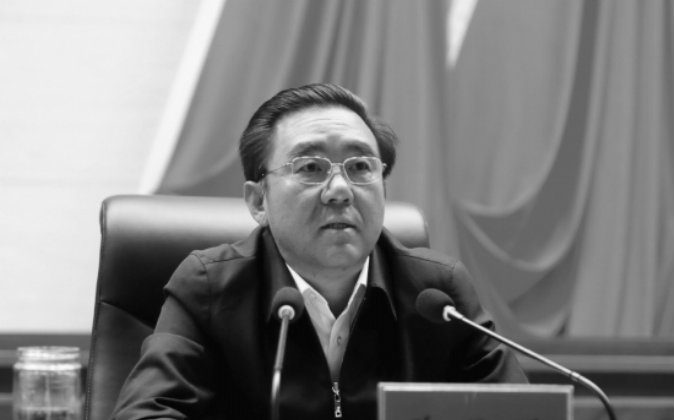 Zheng Xuebi, former Party Secretary of Chengde City, has been expelled from the Party. (chengde.gov.cn)
China

A former Chinese municipal chief who ramped up the arrest and abuse of adherents of a persecuted spiritual faith has been expelled from the Chinese Communist Party, according to the Party’s internal disciplinary agency.

In an April 7 notice, the Central Commission for Discipline Inspection announced that Zheng Xuebi, the former Party Secretary of Chengde City in the northern province of Hebei, was found guilty of a litany of wrongdoings, including accepting bribes, nepotism, and appropriating public funds for his personal use. His crimes against Falun Gong were not mentioned as part of his removal, and were not the ostensible reason for the punishment.

When Zheng was deputy chief of Zhangjiakou, another city in Hebei, he had ordered an intense suppression of Falun Gong practitioners in the lead up to the 2008 Summer Olympics in nearby Beijing, according to Minghui.org, a website that serves as a clearinghouse for information about the persecution of Falun Gong.

Falun Gong, founded by Mr. Li Hongzhi in 1992, is a spiritual discipline that involves slow exercises and teachings of truthfulness, compassion, and tolerance. The practice became a target for persecution in 1999 after Jiang Zemin, the former Party leader, felt threatened by its immense popularity—a survey conducted by the Party found that over 70 million Chinese citizens were performing Falun Gong in parks and other public spaces every day. Hundreds of thousands of Falun Gong practitioners in China have since been incarcerated for refusing to renounce their faith and swearing fealty instead to the Communist Party.

In June 2007, Zheng Xuebi ordered that the suppression of Falun Gong be escalated in the city during a telephone conference, according to Minghui. As part of this operation, local police even arrested non-practitioners to smoke out their practitioner family members.

One prominent case involves the arrest and torture of Huo Zhenhua, the wife of Falun Gong practitioner Zhao Wanying. Zhangjiakou police had forced their way into the Zhao family home on July 25 when Zhao Wanying wasn’t around. The police instead arrested Huo Zhenhua, who didn’t practice Falun Gong, and left her two young daughters at home in tears.

Zhangjiakou police did largely the same thing three months prior. They incarcerated Huo Zhenhua for about a month and kept the Zhao house under closely surveillance in hopes of arresting her husband Zhao Wanying, should he have returned. Huo was only released after she had suffered a heart attack; Chinese police typically only release Falun Gong practitioners (or in this case, a non-practitioner) from detention when they have been nearly tortured to death to avoid being implicated for murder.

In early 2008, Zheng Xuebi, the purged Party Secretary, upped the stakes for hiding Falun Gong practitioners by implementing tactics of psychological torture. He had pictures of Falun Gong founder Mr. Li pasted on the floor near the gates of all train stations in Huailai, a county under the administration of Zhangjiakou, and ordered that anyone who refused to step on the pictures be arrested. As part of the repertoire of abuses in brainwashing centers, detained Falun Gong practitioners are sometimes forced to desecrate pictures Mr. Li or Falun Gong literature.