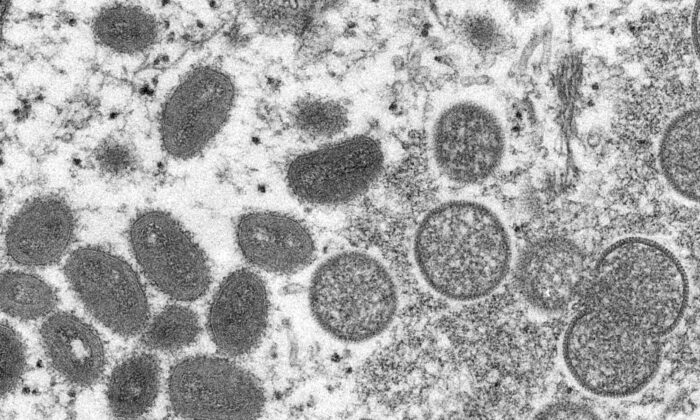 Wu Zunyou, chief epidemiologist at the China Center for Disease Control and Prevention, urged people to avoid “skin-to-skin contact” with individuals who had traveled overseas within the past three weeks, Reuters reported.

“To prevent possible monkeypox infection and as part of our healthy lifestyle, it is recommended that you do not have direct skin-to-skin contact with foreigners,” Wu posted on the Chinese social media platform Weibo.

China confirmed its first case of monkeypox on Sept. 16, involving a 29-year-old Chinese national who returned to the southwestern city of Chongqing from Spain. Authorities refused to disclose the patient’s gender.

The health commission said the risk of community transmission was low because the patient was quarantined after arrival in Chongqing. All close contacts have been kept under isolation and their health is being monitored.

The monkeypox virus can cause symptoms similar to those of smallpox patients, but it’s clinically less severe, according to the World Health Organization (WHO).

The virus is transmitted through contact with bodily fluids, lesions on the skin, or internal mucosal surfaces. Symptoms of monkeypox include headache, fever, sore throat, malaise, fatigue, rash, and swollen lymph nodes.

To date, more than 61,000 cases have been reported in more than 100 countries, with 20 deaths reported in Africa, Europe, and South America.

WHO Director-General Tedros Adhanom Ghebreyesus declared the monkeypox virus a “public health emergency of international concern” on July 23 owing to the global growth in monkeypox cases, despite a lack of consensus among experts.

Tedros said that 98 percent of the monkeypox cases detected since the outbreaks emerged in May have been among gay, bisexual, and other men who have sex with men. He called for those at risk to take steps to protect themselves.

“That means making safe choices for yourself and others, for men who have sex with men,” Tedros said at a news conference in July. “This includes, for the moment, reducing your number of sexual partners.”

Infectious individuals should isolate and avoid gatherings involving close, physical contact, while people should get contact details for any new sexual partners in case they need to follow up later, the WHO chief said.