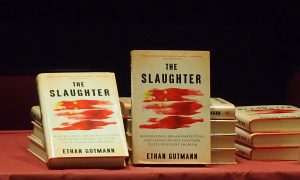 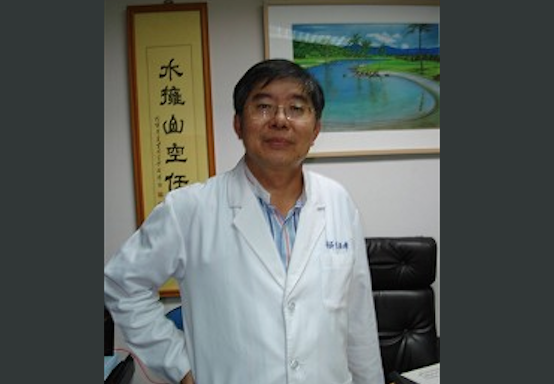 A former Chinese vice health minister, now the official in charge of China’s organ transplantation system, has proposed extending China’s controversial organ transplants to Taiwan, according to remarks he made while there on an official visit.

The idea, as proposed by Huang Jiefu, head of China’s National Organ Transplantation Committee, would make available organs acquired in China for recipients in Taiwan, by flying them across the strait.

Huang spoke in the southern city of Kaohsiung on Dec. 19, suggesting that the initiative would save patients in Taiwan from flying to China for organs. “Across the strait we’re one family,” he said, according to Apple Daily, a Taiwanese newspaper. “This is a beautiful thing.”

But the proposal has raised eyebrows. To begin with, why it was made is unclear. China already has trouble servicing its own population’s demand for organ transplants, and that includes by using what the regime said are the organs of executed prisoners, which researchers said are preponderantly organs from prisoners of conscience.

Further, Chinese authorities also recently appeared to announce that they would end the use of organs from death row prisoners for transplants beginning in the new year, though there was some ambiguity around this pronouncement.

If indeed prisoner organs were no longer to be used in transplants, it is far from clear how the demand for organs would be met, let alone how additional organs would be available for Taiwanese patients.

And if, as many fear, there is no intention to cease the use of prisoner organs—but merely an attempt to integrate these tainted organ sources into the existing organ allocation network, which is supposed to be based only on voluntary donations—then it is unclear how such organs would be suitable for export to Taiwan.

The use of organs from prisoners is condemned as unethical by international medical groups, including the World Health Organization and The Transplantation Society, on the basis that prisoners in custody do not have the ability to freely elect to give their organs.

In China in particular, the criminal justice system is rife with corruption and abuse of detainees. There are no guarantees that prisoners would be able to give genuine consent—rather than simply have their permission slips filled out by security and medical officials.

The Taiwanese human rights lawyer Theresa Chu, who regularly represents practitioners of Falun Gong, a spiritual practice that is persecuted in China, was alive to these concerns and others. Researchers have estimated that at least 60,000 Falun Gong adherents in China during the years 2000–2008 have been killed in the process of having their organs harvested and trafficked. With organ transplantation continuing unabated in China, that number is believed to be significantly larger.

“Taiwan needs to know that right now, even though the Chinese Communist Party has said that it will move to a citizen-based organ donation system, it has given no specifics on how it intends to implement it,” Chu said. “So the whole question of whether that transplant system is open, transparent, and traceable, is still very much in doubt.”

She warned that if the shared platform with Taiwan was actually set up, it would potentially lead to China’s “black organs,” including those harvested from living people, “being peddled around the world,” she said.

Huang Jiefu himself conducted a number of organ transplant operations that appear to have relied on the organs of executed prisoners, as documented in Chinese media reports. He has also gone on the record defending the use of prisoner organs.

According to Huang, prisoners have the right to donate their organs, which he sees as a way for these citizens to repay their debt to society. The implications of such a prisoner right is to represent prisoner donations as voluntary donations. With a change in how prisoner donations are described, China has in place the “voluntary” organ donation program it has lacked.

Lee Po-chang, the head of Taiwan’s Organ Registry and Sharing Center, said in an interview that he hopes Taiwan can continue moving toward self-sufficiency in organ donation and supply—what he said is part of a global trend.

As long as China isn’t even able to meet its own organ donation needs, he said, bringing organs into Taiwan is not in the cards. “This problem won’t be solved that easily,” he said.

With reporting by Chung Yuan and Shen Weitung in Taiwan.