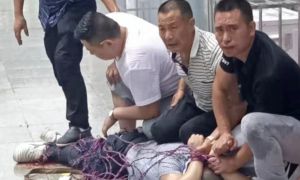 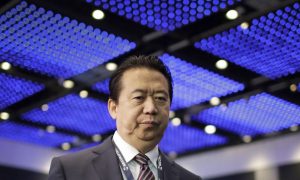 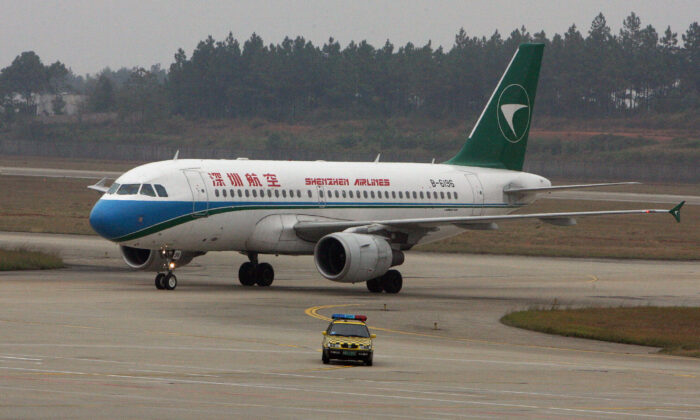 A Shenzhen Airlines Airbus A320 plane is seen at the Changsha airport in Hunan, Chona on Nov. 1, 2007. (MARK RALSTON/AFP via Getty Images)
China Society

Chinese Official on the Run From Interpol, Charged for Taking Bribes

A provincial Chinese communist official who amassed millions of dollars in bribes while in office is now facing imprisonment and is wanted by Interpol. His wife and younger brother, both co-conspirators to the alleged crimes, also face similar charges.

Chinese media reported that Xuefeng and his wife, Jia Siyu, own five luxury properties across the world on four continents. Earlier this year, a Hunan court ordered the confiscation of the illegal assets of the husband and wife, and both have been on Interpol’s Red Notice list since May 10, 2017.

According to the Chinese regime’s mouthpiece CCTV, Xufeng took advantage of his government posts between 2012 and 2017 and accepted huge amounts of bribes. The two brothers jointly amassed nearly 219 million yuan ($32 million) and Yaofeng helped Xufeng to transfer the money overseas.

In 2010, Xufeng was transferred from his position as the deputy director of the Changsha Municipal Housing and Construction Committee to the post of secretary of the Party Committee and Chairman of the Changsha Rail Transit Group. In March 2017, he was promoted to the position of chairman of Hunan Infrastructure Investment Group.

After less than a month at his new post, Xufeng fled to Australia on March 24, 2017 and then headed to the United States. According to the CCTV report, Xufeng was also holding a passport of the Federation of Saint Kitts and Nevis, and a passport of Cyprus.

Xufeng’s wife, Jia Siyu, left China on March 10, 2017. According to Chinese media reports, Xufeng had previously arranged for his wife and children to move abroad and had wired about 150 million yuan ($22 million) overseas. The reports did not indicate where Xufeng’s family is currently residing.

According to the allegations filed in Chinese court, between 2012 and 2017, Jia transferred about 43 million yuan ($6.3 million) from Xufeng’s bribery overseas through underground banks or by channeling the funds through other people’s bank accounts. She is suspected of money laundering, with part of the bribery proceeds being used to purchase real estate and national debt overseas.

The various real estate properties purchased by the couple are reported to be located in Australia, Cyprus, Singapore, and St. Kitts and Nevis, an island in the American Caribbean. They allegedly invested 2.5 million euros in national debt instruments and had plans to use more than $500,000 to purchase other funds.

According to Chinese media reports, during Xufeng’s tenure as the deputy director of the Municipal Housing and Construction Committee of Changsha city, the capital of Hunan Province, he built and opened a number of subway and maglev lines. The official website of Changsha Rail Transit Group announced that as of 2018, the total scale of approved lines for construction is 88 miles (142 kilometers) with an investment of about 93 billion yuan ($14 billion).

The Changsha Metro Line 2, which cost tens of billions of dollars to build, has been plagued with problems, such as cracks and leakage in the main structure, after just two years of operation. As early as February 2013, there was online exposure that illegal bidding was involved in the construction of the Metro system.

As the chairman of the Changsha Rail Transit Group, Xufeng had control of the management of these projects and the use and allocation of funds. And “more than just a few complaints” had been filed against Xufeng regarding the abuse of his authority, according to insider sources.