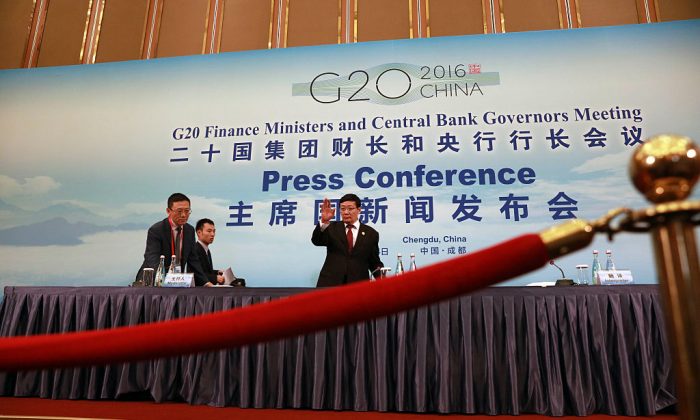 A minor official from the coastal Chinese province of Zhejiang recently ran into trouble for criticizing the Chinese authorities for what he saw as excessive and unnecessary preparations for the upcoming G20 meeting.

“Hangzhou, Shame on You,” Guo Enming wrote to his WeChat account on July 10, proclaiming his displeasure with what authorities have done to his city in the name of security.

Guo revealed that the budget for the G20 preparations stood at 160 billion yuan (about $24 billion), or about 70 percent of the city’s income in 2015. He added that Hangzhou residents staying near the G20 venue were being paid 10,000 yuan (about $1,500) to go on a holiday for the duration of the meeting, while businesses and schools might be closed.

“You talk about image — but if the image is not true and loses its natural qualities, is it still meaningful?” he asked. “You talk about security. So are the citizens and businesses in the vicinity all terrorist suspects?”

Some classrooms in nearby schools had even been outfitted with surveillance cameras, he said. “Has this got nothing to do with the G20?”

The G20, or Group of Twenty, is an informal financial forum of 19 countries and the European Union. This year the meeting will be held on Sept. 4 and Sept. 5 in Hangzhou, the capital of Zhejiang.

“A pure innocent girl is being transformed into a coquettish whore,” he declared. “Without rhyme or reason, a vibrant, bustling metropolis has been made into an empty city.”

The article soon garnered 60,000 views after friends of Guo began circulating it online. The authorities took notice, too.

Ten days after the article was published, public security officers arrested him for “violating public order,” and sentenced him to 10 days in administrative detention, according to Xinhua.

On July 21, Guo was charged with “disorderly conduct,” transferred to criminal detention, and removed from his official post as deputy director of a subdistrict in Zhejiang’s Taizhou City. According to Radio France International, his punishment was ramped up on the orders of Zhejiang Party Secretary Xia Baolong.

In an interview with Radio Free Asia, Zhejiang internet activist Wu Bin said that he himself could technically be detained by the police for his past writings on Sina Weibo, a popular Chinese microblogging service.

Guo Enming’s article is “within the scope of free speech, so he hasn’t violated any laws and shouldn’t be receiving any punishment,” Wu said. “This seems very absurd from an international perspective.”

“Is this a literary inquisition?” wrote “TUCSON-C” from Jiangxi, referencing the persecution of intellectuals in imperial China.

“[Guo] only mentioned some phenomenon. The reality is much worse than what he criticized. The Chinese regime has many times wasted manpower and resources, and will continue to do so,” wrote “Zhu Zhu Wen Qiang” from Beijing. That post was also soon deleted.