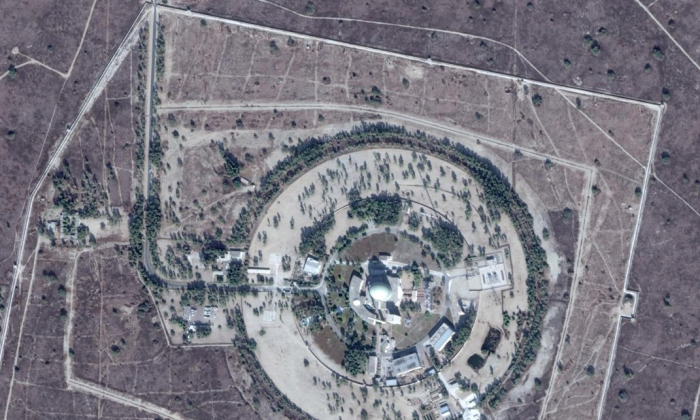 China’s state-run nuclear industry is cooperating with Pakistan to build at least six nuclear power stations, a Chinese official confirmed at a press conference in Beijing on Feb. 7. The announcement comes amid a long-standing controversy between China and the Nuclear Suppliers Group (NSG), an international atomic energy agency.

Wang said that China “has assisted in building six nuclear reactors in Pakistan with a total installed capacity of 3.4 million kilowatts.”

Under NSG guidelines, member states should not export nuclear technology to countries that are not signatory states of the Nuclear Non-Proliferation Treaty.

China has had a history of cooperation with Pakistan in the atomic energy sector. Several years ago, when China had just entered the NSG, two Pakistani reactors, Chashma-1 and Chashma-2, were commissioned with Chinese assistance.

Under NSG guidelines, member states should not export nuclear technology to countries that are not signatory states of the Nuclear Non-Proliferation Treaty. Pakistan has not signed the treaty.

In 2009, construction began on two more Pakistani reactors, Chashma-3 and -4, again with Chinese assistance. In debates held at the NSG, Chinese representatives argued that the new reactors were part of the deal for the original Chasma series, which was signed before China had joined the NSG. In addition, it was argued that the construction took place within International Atomic Energy standards.

As reported by India Today, China and Pakistan announced a new deal last year for two more reactors in Karachi. Pakistani media reported that the Chinese would provide $6.5 billion to finance the project.

Beijing did not confirm the reports.

The India Today report notes that while India, which has not signed the Nuclear Non-Proliferation Treaty either, has made its own nuclear deals with the United States, those deals were made only after India agreed to certain commitments, upon which the NSG granted the world’s largest democracy a waiver.

In recent years, China has been pushing the nuclear industry at home and abroad. On Feb. 4, China signed a nuclear deal with Argentina for exporting heavy-water reactors.

The Chinese regime, which has recently made huge investments on domestic nuclear power production, is now looking to sell nuclear fuel abroad.

According to a report by Daily News Hungary, a representative from the state-owned China National Nuclear Corporation told Russian news agency TASS that the firm was looking not just to satisfy domestic energy demand but to export to countries in Eastern Europe, particularly Hungary, Romania, and Ukraine.