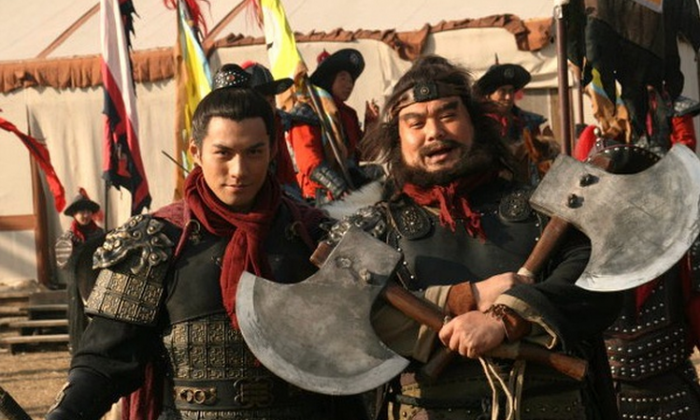 If someone collated the off-the-cuff remarks made by Chinese Communist Party cadres during the current political meetings taking place in Beijing, it would probably produce a credible television episode of “Officials Say the Darndest Things.”

Most recently Li Haibin, a member of the Chinese People’s Political Consultative Conference, a kind of advisory body to the ruling Chinese Communist Party, made one such remarkable suggestion.

Ban television dramas! he said. Or specifically, one historical period piece, called “Water Margin,” or Shuihu Zhuan in Chinese. The series is based off a classic novel that tracks the rise and fall of a band of outlaws during the Song dynasty, who rose against the corrupt imperial court. It is also translated as “All Men Are Brothers” in English.

On March 5, Li suggested that drama shows based on “Water Margin” should be banned, because they contain violence. War-themed dramas should also be restricted, he said. (Such films and drama series, at least when they relate to Japan, are the bread and butter of Chinese state-run television.)

Social stability would be easier to maintain with the banning of these cultural products, he said, according to the China Business Journal.

Li made his remarks during the Two Meetings, the term that Chinese use to describe the conclaves of the Chinese People’s Political Consultative Conference and the National People’s Congress, the Chinese Communist Party’s advisory body and faux legislature respectively, held in Beijing every year. The meetings usually go for two weeks.

Li acknowledged that “Water Margin” was a masterpiece, but he said it just didn’t fit the current period.

The novel is considered one of the four classic novels of Chinese literature, along with “Romance of the Three Kingdoms,” “Journey to the West,” and “Dream of the Red Chamber.”

Li’s proposal comes as China has been wracked by an increasing number of violent outbursts over the last few years. The most shocking to the public was the knife attack in Kunming, southern China, where 29 people were killed and 143 injured. Chinese authorities said that terrorists from Xinjiang committed the act.

The proposal to ban a television drama was, predictably, not received very well on the Internet. Netizens mocked the proposal as “ignorant,” “ridiculous,” and “childish.”

Many commentators said that the point of the the book “Water Margin” was not about promoting violence: it was the spirit of the characters fighting against corruption in the government that touched on the nerves of Communist Party officials, they said.

“Water Margin doesn’t relate to social conditions in China now. It shouldn’t be banned. On the contrary, the officials should watch it, to not repeat the mistakes of the Song government. Don’t repeat the history of forcing people to rebel!” wrote netizen Weiwei Boqi, “Officials should pay more attention to people’s livelihoods and food safety issues!”

Other Internet users riffed off Li, the official’s suggestion, to recommend even more dramas for suppression, given that “Water Margin” is thought to be such a threat to the fabric of Chinese society.

“Water Margin is bad for maintaining stability; Romance of the Three Kingdoms may trigger civil war; Journey to the West spreads superstition; Dream of the Red Chamber is not good for the anti-prostitution campaign…” wrote Chinese magazine columnist Ao Ping, on Weibo. Each of the novels has elements he referred to.

Were such things banned, however, he said: “A deep civilization and culture would be ruined.”