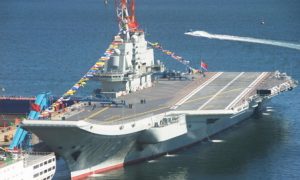 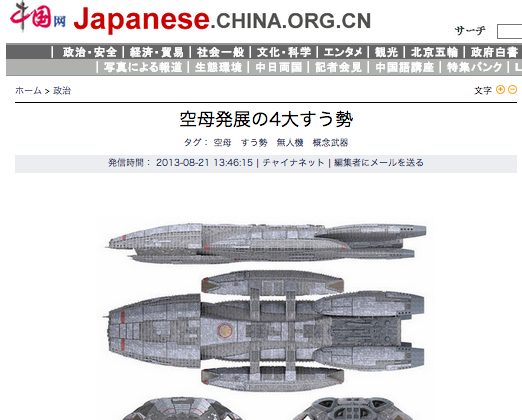 A Chinese state media site published in Japanese used science fiction pictures to accompany an article about China’s aircraft carriers of the future.

Japanese readers were quick to point out, however, that the images supposedly showing future aircraft carriers were actually from the U.S. sci-fi program Battlestar Galactica, and the mock-up of a floating city designed by a Belgian architect.

An Internet user in Japan posted this joke in response to reading the article: “It’s good to have dreams. They should start making comic books!”

Chinese state media make regular blunders using images appropriated from other sources, for example China Central Television used a clip from the U.S. movie Top Gun in a video about the combat capabilities of the Chinese Air Force.