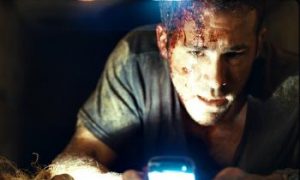 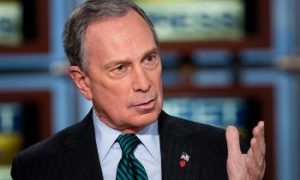 People wait in line to buy train tickets at Beijing Railway Station on January 22, 2011. The world's biggest annual migration of people is underway in China as millions of travellers across the country journey home for the Lunar New Year celebrations. (Frederic J. Brown/AFP/Getty Images)
China

By Shanshan Wu
Print
The world's biggest annual migration of people officially kicked off in China on Jan. 19, as tens of millions of travelers across the country journey home for the Lunar New Year celebrations. An estimated 2.85 billion people plan to return to their hometowns this year, 0.3 billion more than last year.

People throughout China have had to stand in long lines in the cold, waiting all night to purchase a train ticket. According to the Modern Express, on Jan. 19, tens of thousands of people lined up in the snow at the Suzhou Train Station Stadium. In just half an hour, 300 more joined them.

Zeng Xiaohong, a resident of Luzhou, Sichuan Province, shared a blanket with his friend while waiting in line. “We’ve been in line since 6 last night, more than 10 hours,” Zeng said. On the previous day Zeng had waited from 3 p.m. to 12:30 a.m., but there were only standing tickets left, he said.

Mr. Qiu, a Shenzhen company employee, recently tried to order tickets by phone, but found it difficult. He told The Epoch Times that he had called for days trying to purchase a ticket to Hunan for Jan. 28, but simply could not get one.

A man from Hangzhou, by the last name of Wu, said railway stations usually put their tickets out at dawn and begin selling them at 8 a.m. “It’s very strange, it was so early in the morning, yet they told me that all the tickets from Jan. 27 to Jan. 30 were already sold out,” Wu said.

A woman by the name of Sun said: “I asked several people to make phone calls to purchase tickets for me, but no one could get through. However if you are willing to spend extra, ticket scalpers have all kinds of tickets. Last year I talked to the owner of a ticket outlet, and he said that he could make 200 thousand yuan in profit during the Chinese New Year travel rush. How can he make money if he doesn’t scalp tickets? The railroad companies make even more,” she said indignantly.

Migrant Workers on Foot and by Motorbike

On January 21, the Oriental Daily reported that it started snowing in Qianjiang District in Chongqing on Monday. Nearly two inches of snow fell, icing roads and causing most long-distance buses to stop running early. However, some migrant workers walked along state road 309 to return home.

“It usually takes only 50 minutes to travel the 100-km long state road, but we narrowly made it home by dark walking in the snow,” Gan Xiaobo from Shenzhen told the Oriental Daily.

On the night of Jan. 19, the temperature in Hechi, Guangxi Province, was around 0 degrees Fahrenheit with light rain. Many migrant workers paired up to ride motorcycles and traveled in groups of three to five bikes. Migrant worker Pu Yuanshun told Xinhua that they were traveling 1000 km from Guangdong Province to Lodian in Guizhou Province.

Another group of motorcyclists who couldn’t get train tickets were headed towards Jiangxi. Donning sturdy cotton jackets, raincoats, helmets, and kneepads, they rode back home through rain and snow.

Many people turned to carpooling after failing to get train tickets. The manager of a carpool channel said that since January there has been a sudden increase in posts requesting carpools. Total daily posts reached 30 thousand, more than 15 times the daily numbers posted last year.

Mr. Li, who called himself a carpool enthusiast, told the Beijing Evening News : “Carpooling is convenient, fast, and cheap. My hometown is Baotou in Inner Mongolia, which is 660 km from Beijing. A train ticket would cost 219 yuan and it would take me 13 hours to get there. If I carpool, it only costs around 100 yuan per person, and the entire trip is only six hours.”

CCTV stated on a Jan. 20 program “returning home is easier on the first day of the Spring Festival travel rush.” ["Spring Festival" is the CCP name for Chinese New Year, a traditional holiday] Bloggers on Sina strongly disagreed.

One blogger wrote: “Some people return home easily, while others wait four days without obtaining a ticket.”

Another blogger wrote, “CCTV is unreliable. They are lying through their teeth.”