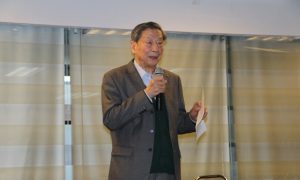 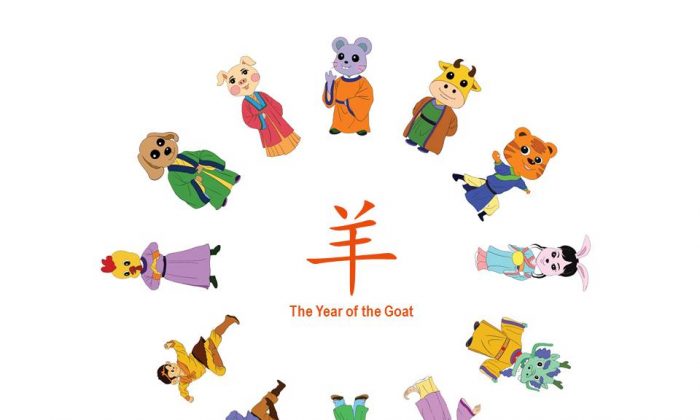 This year, Feb. 19 marks the beginning of the Year of the Goat, from which we will enter a new Chinese zodiac year.

Chinese New Year is the most important festival to Chinese people the world over. Like the solar New Year, it represents a time for reflection, for resolutions, and new hope in the year to come.

Chinese New Year celebrations run for about 16 days, from the New Year’s Eve until the Lantern Festival on the 15th day of the first lunar month.

Chinese people have used the lunar calendar since 2600 B.C when the mythical Yellow Emperor, or Huang Di, started the first cycle of the Chinese zodiac.

According to legend, Huang Di named an animal to represent each year in a 12-year cycle that includes the rat, ox, tiger, rabbit, dragon, snake, horse, goat, monkey, rooster, dog, and pig.

The Chinese character羊 (yáng), which generally refers to a goat, sheep, or ram, is considered a symbol of auspiciousness, good luck, and peace. Since ancient times, people have used 羊to symbolize good-naturedness.

羊is among the animals that Chinese people like most. It is generally gentle, calm, and quiet by nature and is a source of many things that benefit humankind.

羊 is close to the meaning of good things. As such, it is used in many Chinese characters to indicate something beneficial.

義 (yì) means righteousness and justice. It has a 羊on the upper part, too.

美 (měi) means perfection and beauty. There is also a 羊 on the upper part of this character.

鮮 (xiān) means fresh and tasty. You can find 羊 on the right in the character.

Since ancient times, the goat became closely linked to Chinese people’s livelihood. Its meat and milk are highly nutritious, and its wool makes fabric that is lightweight, soft, and has other good properties. Chinese people also learned to use its fleece to make writing brushes and its skin to keep warm.

Being mostly quiet and calm, goat are considered peaceful animals. Like their animal counterpart, people born in the Year of the Goat are seen as calm individuals. Their personalities are quiet, reserved, and soothing. They tend to be easygoing and relaxed. Hanging in the background, they watch contentedly away from the limelight as others dazzle company. They enjoy life in their own quiet, individual way.

The most striking characteristic of the goat is its peaceful manner and so Goat people tend to be lovers of peace who prefer to avoid disagreements. Thus, the Year of the Goat is a time for people leave conflicts behind and to get along peacefully.

The longest festival with the biggest celebration

Chinese New Year is the most important as well as the longest of the traditional Chinese festivals.

The celebration usually lasts from New Year’s Day to the Lantern Festival on the 15th day of the first month of the Chinese lunar calendar, over two weeks! It isn’t hard to imagine, then, how big such a long celebration can become.

There are many traditions and customs associated with the Chinese New Year. Families thoroughly clean their homes in order to sweep away any ill fortune and to make way for good luck.

Windows and doors are decorated with delicate red paper cutouts and poetic couplets—pairs of corresponding lines of poetry that express people’s joy and hope for the New Year.

Fireworks, firecrackers, red packages, the lion dance, the dragon dance, and lanterns with riddles are other common customs and traditions observed during the Chinese New Year period.

Most importantly, many families gather for large reunion dinners on New Year’s Eve, and Chinese people also pay respectful visits to their relatives as part of the New Year celebrations.

New Year Greetings For The Year Of The Goat

The arrival of the Chinese New Year is an opportunity to let go of all grudges and to sincerely wish everyone peace, health, and happiness.

During this time, Chinese people greet one another with good wishes when they meet. Below are some of the most popular New Year greetings for the Year of the Goat:

May happiness be always with you! (幸福伴你同行, xìng fú bàn nǐ tóng xíng) Happy Year of the Goat, everyone!