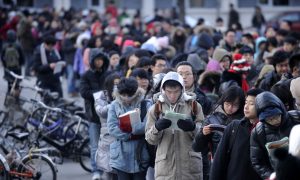 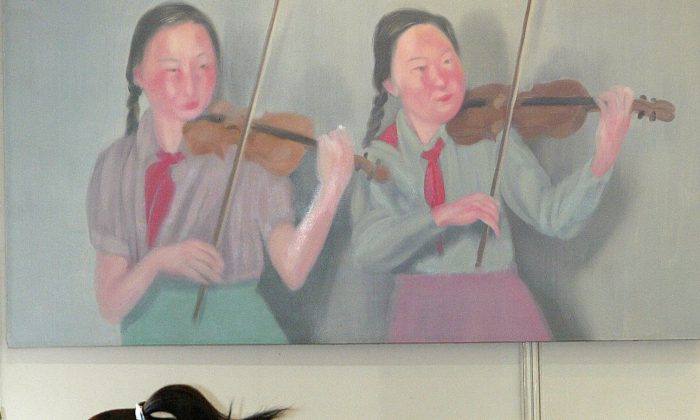 Despite the results of a survey the Communist Youth League conducted of nearly 800,000 elementary school students across 1,093 Beijing schools, whether or not those children actually care about this struggle is another question.

The Youth League survey, according to state-run news Xinhua, showed that out of the 789,300-strong sample size, 96% percent had “full faith in the Party and in the country’s development,” while a similar number were proud to be Chinese. Nearly 84% reported feeling proud when singing the national anthem.

Students allegedly had a “sense of belonging to the Young Pioneers of the Chinese Communist Party,” the Xinhua report says.

“When I was in elementary school, I also loved the country a lot, but now I feel I was an idiot. I was brainwashed and forced to love the country, which is definitely not pure love,” said a user called “Lizihao Diagon Alley.”

“Tianya Purple Shirt Man” noted that the children were unlikely to know anything about civil affairs. “What can it prove to have a survey for children who have been brainwashed over a long time?”

“MaedaJunichi” was more sarcastic, suggesting that the results may be even better if the sample population was composed of infants. “Some official survey result also shows that newborn babies love the country very much. Some 95 percent of the babies feel proud when they hear the national anthem.”

The Communist Youth League, along with its sister organization, the Young Pioneers, are subsidiaries of the Chinese Communist Party (CCP) that rules China.

“Love for the country and love for the Party should be separated,” said “Chaochao Mike.” “Authorities shouldn’t instill partisan ideology in elementary schools.”

Where the ‘Nine Commentaries’ Ends, the ‘Tuidang’ Movement Begins

Li Yuanhua, a former professor at Beijing’s Capital Normal University, told the New York-based New Tang Dynasty Television that “equating the Party with the nation is a usual practice for the Communist Party. Through ‘loving the country,’ it forces all Chinese people to love the Party and makes you believe that the Party represents the country. … But more and more people are realizing that the Party and the country are two separate things.”

“Finally, [the Party] has found in those small children a source of self-esteem,” wrote “Lubianyiwuxiangsishu.” “But the children will grow up…”