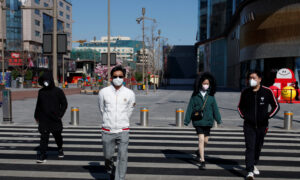 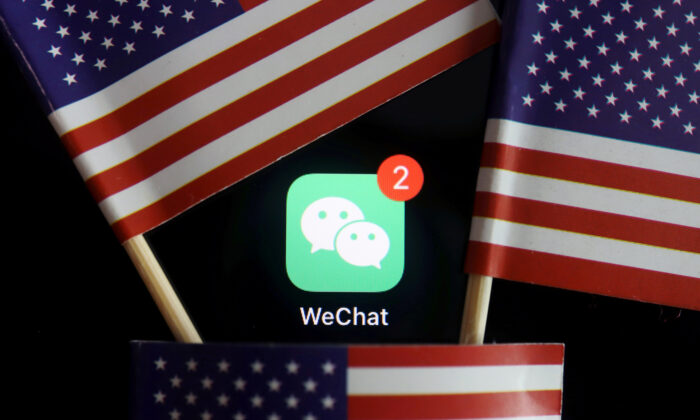 The messenger app WeChat is seen among U.S. flags in this illustration picture taken on Aug. 7, 2020. (Florence Lo/Reuters)
China Society

As the U.S. presidential race drags on and allegations of election fraud have mushroomed in several states, the ongoing controversies have attracted the attention of many inside China. Thanks to online tools that allow netizens to circumvent China’s great firewall, some are able to access information about the latest election updates.

Netizens recently discovered that their online discussions about alleged voter fraud in the U.S. election have been censored.

One user on WeChat, China’s most popular social media platform, said he was banned from chatting within certain groups and had limited access to the Moments feature, which allows users to post text, photo, or video updates.

The user, who wished to remain anonymous, told The Epoch Times the app informed him that his posts “were suspected of delivering vicious rumors or other illegitimate content.”

Liu Hua, a survivor of communist China’s labor camp system, said there has been heated debate online over who would ultimately be the winner of the presidential race.

Her WeChat account was blocked after she posted messages and articles about President Donald Trump’s reelection campaign.

“Why are they so afraid?” the middle-aged Chinese woman questioned.

Liu explained why she thought it was important to post information about the U.S. election. “We mainland Chinese are particularly longing for freedoms and democracy, for our own votes, for our own human rights, to elect someone who really shares our values. Unfortunately, we have none of those rights; we are suffering. Forwarding those messages is all we can do,” she added.

According to her account, Liu was held in the infamous Masanjia Women’s Labor Camp after she exposed corruption in her home village leadership. She was detained from Jan. 12, 2010 to Oct. 18, 2012.

The camp, located in Shenyang city, in northeastern China’s Liaoning Province, was known for its grueling conditions and torturing of detainees, including adherents of the persecuted spiritual group Falun Gong.

Liu’s experience at Masanjia was made into a documentary by filmmaker Du Bin in 2013, titled, “Above the Ghosts’ Heads: The Women of Masanjia Labor Camp.” She was tortured, sexually abused, and forced to work for long hours.

A former low-ranking official surnamed Tian said the topic of election fraud has generated a great deal of interest in China, where there is no real democracy. She said many government officials are “elected” via rigged voting procedures that are in fact appointments dictated by the local Communist Party leader.