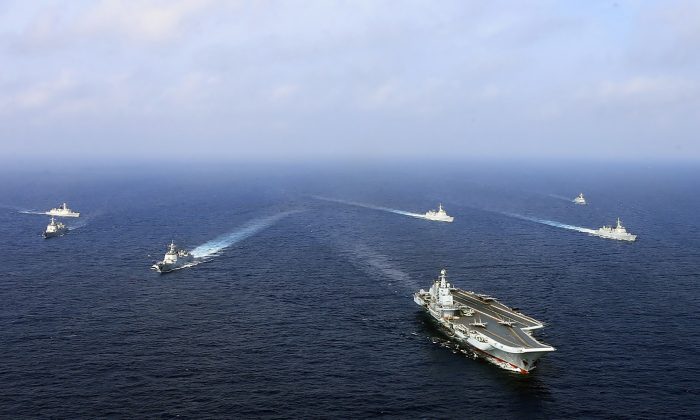 Two Chinese nationals were charged in U.S. federal court for conspiring to commit economic espionage related to marine technology to benefit the Chinese regime and its state-owned companies.

Shan Shi, 53, and Gang Liu, 32, were the main orchestrators of a scheme to steal trade secrets from a multinational engineering firm that develops syntactic foam—a lightweight material that keeps objects afloat in deep water, used for military and commercial purposes, including in offshore oil production.

The U.S. Department of Justice announced on April 27 that Shi, Liu, and four others were indicted back in June 2017 on charges of conspiring to steal trade secrets. A new indictment adds the charge of conspiring to economic espionage for Shi and Liu, and a money laundering charge for Shi.

The defendants conspired to pass on trade secrets to a mainland Chinese firm, called CBM-Future New Material Science and Technology Co. (CBMF) based in Taizhou City, in the coastal province of Zhejiang, which eventually built a factory to produce syntactic foam with the stolen technology from the multinational firm, referred to only as “Company A” in the indictment.

Members of the conspiracy created a CBMF subsidiary in Houston, Texas, called CBMI—of which Shi was president—in order to help the parent company in China develop syntactic foam-manufacturing capabilities, according to the indictment. Both companies have been indicted on the above three charges.

Shi, a naturalized U.S. citizen, faces a maximum sentence of 45 years in prison, while Liu, a U.S. permanent resident, faces 25 years. The others face 10 years.

The scheme begins with the Chinese regime’s desire to develop its marine industry. In its most recent five-year plan for 2016 to 2020, the regime announced becoming a maritime power as a national priority. State agencies and state-owned firms were to promote the development of marine technology and equipment-manufacturing.

CBMF was one of several Chinese firms part of a “National Team of Marine Engineering,” tasked with carrying out joint ventures to develop deep-sea buoyancy materials—syntactic foam is considered one such material—and other marine equipment “to advance PRC military and civilian interests,” according to the indictment.

The company had other connections to the regime. It received more than half of its research funds from the state, while its research and development team was almost entirely made up of graduates from Harbin Engineering University, a school affiliated with the Chinese military. Shi also graduated from that University. Finally, CBMF was also contracted to provide the state-owned China Shipbuilding Industry Corporation with buoyancy materials.

Those materials are also a key part of the Chinese regime’s 863 program, which provides funding and guidance for Chinese firms to acquire U.S. technology and sensitive economic information. A 2014 online post touting the launch of a deep-diving system developed by a marine research institute under ChemChina, a state-owned chemical company, announced as much.

Shi saw that Houston could be a potential source for procuring syntactic foam technology. In 2014, he incorporated the CBMI subsidiary in Houston and began targeting Company A.

Meanwhile, between June 2014 and May 2017, the parent company CBMF wired approximately $3.1 million to CBMI to maintain its operations and pay employee salaries.

“Aware of the PRC’s [People’s Republic of China] national priority, and in order to bypass the technical, expensive, and time-consuming R&D required to develop syntactic foam themselves, the individuals named in this Indictment acquired Company A’s trade secrets relating to syntactic foam, without the authorization of Company A,” the indictment read.

How did they go about doing so? Shi and his co-conspirators poached former and current employees at Company A, including Liu, who was a material development engineer and had access to proprietary and trade secret data.

CBMI also sought to obtain trade secrets through attempting business relationships with Company A and other U.S. firms.

Eventually, the theft of trade secrets enabled CBMF to establish a factory in 2016 to manufacture syntactic foam with Company A’s proprietary technology. Those trade secrets also benefited Harbin university; China Shipbuilding Industry Corporation; the state-owned China National Offshore Oil Corporation; and the government of Linhai, a county-level city within Taizhou, according to the indictment.