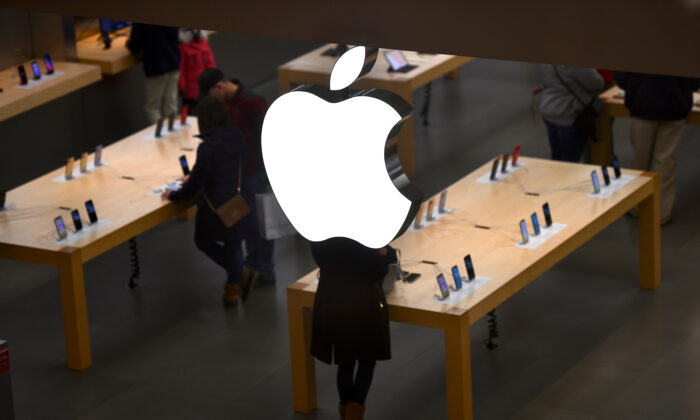 An Apple logo is seen at an Apple store as pre-Thanksgiving and Christmas holiday shopping accelerates at the King of Prussia Mall in King of Prussia, Pennsylvania, U.S. November 22, 2019. (Mark Makela/Reuters/Files)
China

A Chinese national was sentenced to just over two years in prison and ordered to pay nearly $2 million on Feb. 1, after being found guilty of defrauding Apple out of more than $1 million.

A joint announcement by the U.S. Attorney’s Office, Department of Homeland Security, and U.S. Postal Inspection Service, said that Wu Haiteng was sentenced to 26 months for engaging in a conspiracy to defraud Apple over the course of three years.

Wu and his co-conspirators would then “return” the counterfeits to Apple, and exchange them for real Apple products. These authentic products were then shipped back to other co-conspirators overseas, including in Hong Kong.

Wu recruited his wife and other associates to participate in the conspiracy, procured fake identification documents, used aliases, opened multiple commercial mailboxes, and arranged for members of the conspiracy to travel throughout the United States, according to the statement.

In total, Wu acknowledged defrauding Apple out of nearly $1 million and intending to defraud the company out of more.

He, his wife Cai Jiahong, and associate Liu Teang, were all arrested in 2019.

For his part, Wu pleaded guilty to mail fraud back in 2020, and was convicted today and sentenced to twenty-six months already served. He was also ordered to pay $987,000 in restitution and an identical amount in a forfeiture money judgment.

He was also forced by a judge to forfeit ownership of two condos in Virginia, which he had purchased with cash as part of the conspiracy.

Wu immigrated to the United States from mainland China in 2013 to study engineering, according to publicly filed court documents. He earned a master’s degree in 2015 and secured employment, but then engaged in the conspiracy over the course of about three and a half years.